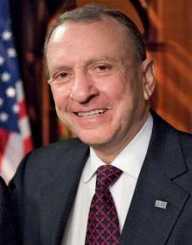 Hugo Black was a respected American citizen. He served as a lawyer, army officer, senator and judge in the US Supreme Court.

Hugo Lafayette Black was born on February 27, 1886, in Alabama. He was the youngest of the eight siblings. His parents were William Lafayette Black and Martha Toland Black.

Black never graduated from high school. His elder brother Orlando was a medical doctor. Black decided to follow in Orlando’s path. At the age of 19, Black joined Birmingham Medical School in 1903. The following year, he transferred to the University of Alabama. Black went on to study law. He graduated with a law degree. In 1906, he was called to the bar and started practicing law. Black practiced in his rural hometown of Ashland for a while. He then moved to Birmingham.

In 1911, Hugo Black was appointed a part-time magistrate in a police court. The following year, he left the appointment and went back to practicing law. In 1914, he was appointed court prosecutor in Jefferson County.

The US joined the WW1 in 1917. Black was drafted into the military. He served in the army until 1919. Black was never commissioned for battle in Europe. He left the military with the rank of Army Captain. After leaving the army, he went back to the law.

Hugo Black joined the white supremacy organization in 1923. This came after he had defended a Protestant Church minister in court. The minister had been accused of murdering a Roman Catholic priest. Most of the time, Black did not agree with the Ku Klux Klan. He openly criticised their activities in public. Still, he maintained cordial relations with them. In 1925, he resigned from the organization. He continued keeping good relationships with the group for his political ambitions.

Hugo Black joined election politics in 1925. He was elected Alabama Senator in 1926 on a Democrat ticket. He garnered 80% of the cast votes. His campaign was about aiding farmers, supporting veterans and immigration restrictions. As Senator, Black supported industrial legislation favoring workers. He also rallied bills giving Americans more individual rights and freedom. He supported the bill to make Muscle Shoals dams in Nebraska open for public use. The bill was vetoed twice by two successive presidents. In 1933, President Roosevelt signed the legislation into law. Black supported Roosevelt’s re-election in 1936.

President Roosevelt appointed Hugo Black to the Supreme Court in 1937. This was after the Judge Willis Van Devanter resigned. The president was strongly condemned for selecting his political ally. The Senate nevertheless ratified his appointment.

Black made landmark rulings during his tenure at the Supreme Court. In 1946, he ruled that Jehovah Witnesses had a right to distribute their materials.

In 1952, Hugo Black ruled against President Harry Truman. He ruled that the president violated his executive powers in seizing the steel industry.

In 1964, the Supreme Court designated congressional districts. This came after Black made a ruling that every individual vote counts in the electoral system. He made many other landmark rulings giving individual constitutional rights.

Hugo Black fell ill and was admitted to hospital in August 1971. Two days after his resignation, he suffered a stroke. He died on September 25, 1971, at the National Naval Medical Centre. He was buried at the Arlington National Cemetery.

Justice Hugo Black is the fifth longest-serving judge of the Supreme Court. US postage stamps have his portrait. A courthouse in Alabama bears his name. The Time Magazine twice covered his story.

He was a great man with a humble heart. His coffin was made of cheap materials. His tombstone only identifies him as a naval officer.