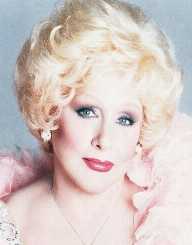 Ash was born on 12 May 1918 in Hot Wells, Texas. Ash was named Mary Kathlyn Wagner by her parents, Edward Alexander and Lula Wagner. Her father was suffered from ill health and it was her mother who worked in the family. Lula Wagner worked as a nurse. It was the hard work and long shifts undertaken by her mother that inspired Ash. Ash received her education in Houston, studying at Dow Elementary and Reagan High School. Ash graduated high school in 1934 and proceeded to study at the University of Houston.

Mary Kay Ash began working as a door to door salesperson during World War II. Ash sold books and was immensely successful, earning twenty-five thousand dollars in one six month period. After the end of the Second World War, Ash took a position at another direct sales company, Stanley Home Products. Ash sold home care products directly to the customers and again demonstrated excellent marketing skills. However, Ash became disillusioned with her work as her success did not bring any promotion opportunities or even praise from her superiors. Ash felt this was down to sexism. The final straw came when a man she had trained was promoted over her and received greater pay. Ash began writing a book about business and marketing, but this instead developed a business plan.

In 1963, Ash founded Mary Kay Cosmetics with just a five thousand dollar investment. The company’s first storefront was in Dallas, Texas. The company made two hundred thousand dollars of profit in its first year of operations. The company quickly expanded and was making a million dollars within two short years. Ash appeared on the show 60 Minutes to detail her success, and this made her brand a national sensation. Ash’s involvement with the company ended with her death in 2001, by this time it was operating in thirty-seven countries and producing sales of two billion.

Ash built her success on rewarding her staff. She drew on her experience of being underappreciated for her work and incentivized her staff. Ash gave bonuses in the form of cars and holidays to her staff as a reward for excelling at their job. Ash claimed her business mantra came from her Christian values.Fortune Magazine recognized Mary Kay Cosmetics as one of the best places in America to work.

Ash has written and published some best-selling books. The first of these was her autobiography, Mary Kay. Her other books were based on her business work and offered advice and inspiration for those hoping to emulate her. Miracles Happen, You Can Have it All and Mary Kay on People Management all became bestsellers within days of their release.

The Direct Sellers Association inducted Ash into their Hall of Fame in 1976. Cosmetics Career Woman named Ash Woman of the Year for 1978. She also received the Horatio Alger Award in 1978. 1980, saw Ash receive the Golden Plate Award from the American Academy of Achievement. Numerous lists placed Ah in the top 100 women, business people, and entrepreneurs on several occasions.

Ash married her first husband, Ben Rogers when she was just seventeen. Together they had three children, Richard, Ben, and Marylyn. Ben Rogers, served during the Second World War and the couple divorced upon his return in 1945. Ash’ second marriage was short-lived. Her husband George Hallenback died a month suddenly into their marriage in 1963. Ash married again in 1966. Her third marriage was to Mel Ash and lasted until his death in 1980. Ash herself died on 22 November 2001.