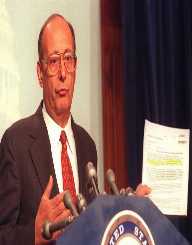 As a teenager, Al D’Amato attended  Chaminade High School. After graduating from high school, he enrolled in the Syracuse University School of Business Administration. Al D’Amato graduated from his school in 1959. He then quickly enrolled in the Syracuse University College of Law. He graduated from this school in 1961 and was then qualified to be a lawyer after passing his bar exam.

In the early 1960’s, Al D’Amato focused on his law career. In 1965, D’Amato became a public administrator. He worked mostly with the families of people who did not have a will. He kept this job for three years before entering into a political career.

Al D’Amato kicked up his game when he signed up for the 1980 Senate election. He ran for the Republican party. Although he had been involved in politics for a decade, he was not well known in the state. This did not matter much, as D’Amato had a solid platform. He won the election and started his career in the Senate in 1981. He was re-elected after both his first and second terms, serving in the Senate until 1999. He did some amazing things while he was working in the Senate.

Al D’Amato was a member of the Senate Finance Committee as well as a member of the reporting committee for the President’s Commission on Aviation Security and Terrorism. Being a part of the Republican party, he was a conservative man. However, he tried to remain fair in all voting that he did, trying to keep his personal feelings out of it. Some of the things he did that were not in the norm for Republicans were encouraging background checks for anyone wanting to buy a gun, supporting gay right, and supporting lesser punishments for certain drug crimes.

Al D’Amato has published one autobiographical work: Power, Pasta, and Politics: The World According to Senator Al D’Amato. There is also an unofficial biography about him written by Leonard Lurie titled Senator Pothole: The Unauthorized Biography of Al D’Amato.

Al D’Amato’s political career gave him fame, even if his time in front of the big screen didn’t. D’Amato had cameos in one movie, The Devil’s Advocate. In this film, he played himself. He also had a cameo, playing himself, on the show Spin City.

Al D’Amato was first married in 1960. His wife, Penelope, had five children with him. However, after being married for 22 years, the couple separated. The couple lived separately for over a decade before finally divorcing in 1995. Al D’Amato remarried in 2004 to Kuria Smith. The couple has two children together: Alfonso ad Luciana. Al D’Amato also has five grandchildren.