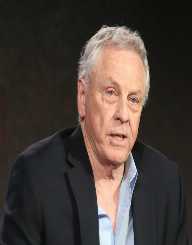 Morris Dees is an American lawyer who founded a legal company to provide legal aid to victims of racial violence.

Morris Seligman Dees was born on December 16, 1936, in Alabama. He is the son of Morris Dees Sr. and Anne Ruth. He grew up on the family farm in Alabama where his parents had a cotton ginnery. As a child, Dees expressed love for the entrepreneurial spirit. He engaged in business ventures from an early age. He sold the residues from the ginnery to farmers as farm mulch. He reared swine and sold them at a profit.

He joined high school and graduated in 1955, with a business worth USD 5,000. He was admitted to the University of Alabama and graduated with a Law degree in 1960. He went back to Montgomery in Alabama and established a law firm.

In the university, Dees witnesses the atrocities committed by the white supremacist group Ku Klux Klan on the African American students and their community. He established a partnership business with his fellow student Millard Fuller. The business entity Fuller and Dees Marketing was a simple direct mailing venture. They expanded the business to publishing after graduating. He continued to practice law while maintaining his publishing company.

Dees change of heart came after he read the autobiography of Clarence Darrow. He was traveling and got delayed at the airport. He decided to read the book as he waited for the delay to be cleared out. After getting the insight into the civil rights struggles, Dees decide to be a civil rights lawyer. He returned to Montgomery and bought off his partner’s company shares. In 1969, Dees sold the Dees and Fuller Marketing Company and concentrated on civil law practice.

He started his civil rights journey in 1969. Dees went to court to compel the Young Men’s Christian Association or YMCA to admit two African American boys. After a legal battle in court, the presiding judge ruled in favor of the complainant. The YMCA was desegregated and forced to include other races into its fraternity. Dees got his first victory in the civil rights world.

In 1971, Dees started the Southern Poverty Law Center. He partnered with Joseph Levin and Julian Bond to establish the organization. They registered it as a non-profit making organization based in Montgomery, Alabama. The trio was determined to fight the injustices of racial segregation through civic education and civil lawsuits.

From the center, Dees strategized on crippling the hate organizations that ruled the streets of Alabama. He devised a system of filing litigation suits to award damages to victims of the racial violence manifest in the state. In 1981, Dees won a landmark case against the hate group Ku Klux Klan. He filed a case against three members of the group for lynching to death an African American Michael Donald. The court ruled in Dees’ favor. The three defendants were found culpable and ordered to pay USD 7 million in damages. The extremist group was on the receiving for the first time. In 1990, Dees filed and won another suit. An Ethiopian family was awarded USD 12.5 million for the death of their father in the hands of a white extremist group in Oregon. In 1998, he won a USD 37.8 million in damages against the KKK for burning down a black community church in South Carolina. In 2000, Dees won a USD 6.3 million in damages against the Aryan Nation group Pastor Richard Butler for an assault against a black woman and her child. The United Klans of America paid up the amount and became bankrupt.

He instituted other successive libel suits against white supremacist groups in the US. In return, he received praise from the civil rights movement. On the other hand, he got death threats from the hate groups. They labeled him a white traitor for defending the African Americans in court. He got more threats when the extremist groups discovered he was Jewish. Despite threats to his life, Dees continued to champion the civil liberties of the minorities and challenge the hate groups in court.

He devised another strategy to cripple the hate groups in America. Dees petitioned the US Congress in a 2009 letter to deal with the hate groups. He lobbied for the legislation of laws barring members of the extremist groups from enlisting and serving as military members.

Morris Dees married Beverly Crum while in high school. They got two sons and later divorced. He remarried Maureene Buck and had a daughter. They divorced and Dees married Mary Farmer. After the divorce, he married Elizabeth Breen. He is now in his fifth marriage with Susan Star.

He continues to contribute to American Law Review journals on the dangers of extremism in society.

Dees was recognized by the American Bar Association in 2012. He was awarded the ABA Medal in recognition of his civil rights crusade against intolerance, injustice, and inequality in American society.

Morris Dees continues to lobby in several platforms for the neutralization of extremists groups in the US.