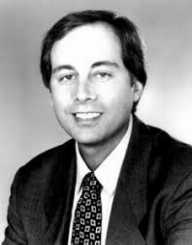 Television executive Brandon Tartikoff was born into a Jewish family in Freeport, New York on the 13 January 1949.

Brandon Tartikoff graduated at Lawrenceville School a private college-preparatory school in Lawrence Township, New Jersey before enrolling at Yale University. He graduated from Yale in 1970.

Brandon Tartikoff's first position was working at WNHC-TV in Connecticut while still a student. After graduating from Yale, he worked for WLS-TV in Chicago, Illinois. He then moved to ABC in New York and in 1976, joined NBC.

Brandon Tartikoff was initially employed as a programming executive at NBC in 1976;  and in 1980, took over from Fred Silverman as President of NBC Entertainment. Tarkitoff, at 31, was the youngest person to be made the head programmer of a major network. He was responsible for re-energising the network, and by the end of the 1980s, NBC had finished first in the Nielsen ratings for 68 straight weeks (1980-1991).

Shows during the 1980s include Seinfeld, Miami Vice and Saturday Night Live. Cheers, The Cosby Show, L.A. Law, Family Ties, Golden Girls and St. Elsewhere. Tartikoff left NBC in 1991 and became Chairman of Paramount Pictures where he was involved with films such as Clear and Present Danger and Wayne’s World.

Then in 1992, Brandon Tartikoff resigned to spend more time with his family and relocated to New Orleans for a year. He returned to work in 1994 as President and as Chairman (1995-1996) of New World Communications and working doing independent productions through his company H. Beale. From 1996 until 1997, he was AOL's Online Entertainment Chairman.

At 25, Brandon Tartikoff was diagnosed with Hodgkin’s Disease. He underwent successful treatment but the disease re-occurred in 1982, was treated and he went into remission a second time.

He received severe injuries in a car crash in 1991 but recovered. His daughter Calla was also injured and needed intensive therapy to aid her recovery.

Brandon Tartikoff was married to Lilly Samuels, and they had two daughters Calla and Elisabeth. In 1997, the Hodgkin’s disease re-occurred and Tartikoff died at age 48 on the 27 August 1997.