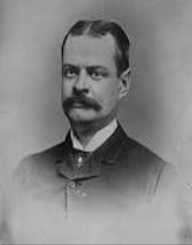 William Waldorf Astor was born on March 31, 1848, in New York City, United States. He was an American businessman, attorney, and politician who served as a member of the New York State Senate for the 10th District. William became Baron Astor in 1916 before becoming the first Viscount Astor in 1917. He made numerous contributions in war charities and was a very influential member of the Astor family. He died on October 18, 1919, at the age of seventy one.

William Waldorf Astor was born on March 31, 1848, to a wealthy family of John Jacob Astor III and his wife, Charlotte Augusta Gibbes. He was born in New York City, the United States as the only child of the couple. He grew up mostly in Germany and Italy in a cold environment far from his parents. William was kept under the guardianship of tutors and a governess mostly during his school years.

After his studies abroad he traveled back to the United States where he enrolled at the University of Columbia to study law. He completed his studies earning his law degree and became a qualified barrister in the United States in 1875. His first job was at his father’s real estate holdings where he served as the manager as he also undertook his law practice.

In 1878, William Waldorf Astor ventured into politics and won a seat in the New York State Assembly for the 11th District. He was also elected into the New York State Senate for the 10th District in 1880. In 1881 he went for re-election as congressman for the United States on a Republican ticket but lost to Roswell P. Flower. He failed in his second attempt. He had a shy and soft spoken personality which in the end messed up his political career.

The media press was at the forefront of publicizing his failures which attracted more criticism from the public. With much criticism and self-pity, he had no desire left in him to be in the United States. A moment of relief came in 1882 when President Chester A. Arthur appointed him as Foreign Minister to Italy. He travelled to Italy and settled in Rome holding the ministerial position until 1885. He became fascinated with art and the sculptures of Rome.

In 1890, after the demise of his father, William Waldorf Astor inherited his fortune which made him the wealthiest man in the United States. With his amassed wealth he began the construction of a more luxurious hotel in the West known as Waldorf Hotel. In 1891 he moved to England with his family. He settled in Lansdowne House in London where they lived until 1893. He wanted to become an invisible figure to the public which led him to fake his death and paid a reporter to announce that he had died from pneumonia in 1892. His lies became public later on.

In 1895 William Waldorf Astor purchased the gothic mansion situated on the Victoria Embankment. He renovated it to become a center from where he managed his holdings. In 1892 he bought the ‘Pall Mall Gazette’ which he transformed into ‘Pall Mall Magazine’ in 1893. In 1911 he purchased ‘The Observer’ and sold the Magazine in 1912. He made several business deals in London including buying the Hever Castle in 1903 and established The Waldorf Hilton, London in 1908, the first hotel in London with an American Style.

With the outbreak of World War I, he played a significant role in supporting the British army by donating war charities and funds to the Red Cross. He was made Baron on January 1, 1916, and later appointed as Viscount Astor on June 3, 1917, for his generous contributions in the time of war.

William Waldorf Astor married Mary Dahlgren Paul on June 6, 1878, and together had five children. He lost his wife on December 22, 1894. His later life was characterized by taking a low profile as he feared to be criticized. However, he was not devoid of criticism especially for his stay in England and becoming a Baron. He lived an exiled life and died abruptly of heart failure in October 18, 1919, in his home at Brighton, Sussex. He died at the age of seventy one.