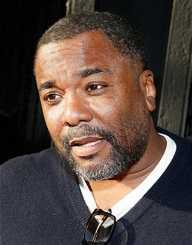 Lee Daniels is an African American film director and producer, famed for introducing emotive themes about the black community in the US.

Born as Lee Louis Daniels in Philadelphia, he was the oldest son of William and Clara Daniels. Daniels was born on the Christmas Eve of 1959. His father was a policeman and personal bodyguard of celebrities like boxer Muhammad Ali. His childhood took a turn for the worst when his father passed on when Daniels was just 12 years in 1975.

Lee Daniels is a graduate of Radnor High School. After his graduation in 1976, he enrolled for college to study film production. He eventually dropped out of Lindenwood University for lack of tuition fees. He had only done two years of his studies at the university in Missouri.

With no scholarship to further his studies, Lee Daniels decided to try his luck in Hollywood. Life was not comfortable in Los Angeles for the young lad. Daniels opted to find work to make ends meet. He got a clerical job at a local nursing agency.

Having gained some experience, he left employment to start his firm. He founded his nursing agency in his early 20s. From just a workforce of 5 at the beginning, Daniels managed to steer the agency to a workforce of 500 by the time he sold it in 1981. His association with major players in the medical industry gave him a network that he capitalized on.

With the help of one of his acquaintances, Lee Daniels got a job in Hollywood. He sold his agency and used the money as the starting financial capital for his job. At the age of 22, Daniels was already a millionaire. The initial role was that of a production assistant. Eventually, he shifted focus to film casting. After some time, he realized the relegation of the black community in getting prominent roles in Hollywood.

The frustration led to him quitting his job. Daniels once again showed his determination and started his own company in 1984. The company called Lee Daniels Entertainment had offices in New York.

Soon, his offices were engaging big black film stars like Cuba Gooding, Morgan Freeman among others. His hard work and entrepreneurial skills helped him produce his first film in 2001. Despite its low budget, Monster Ball became an overnight hit film in the US.

This propelled Daniels to the limelight as the new production star on the rise. The 2004 film Woodsman was not well received by the public.

His next film Shadowboxer in 2005 featured an array of stars. Daniels prevailed upon many Hollywood stars to cast in this low-cost film. One of America’s songbirds, Mariah Carey was also part of the crew. As expected, the film never yielded much financially but brought out Daniels’ power to bring together a host of renowned stars to his side.

He also has a television series directed under his watch.

Lee Daniels has been recognized for his work by various organizations across the board. He was nominated for an Oscar Award in 2009 for his directing of the film Precious. Before that, Daniels had gotten nominations from the Independent Spirits Awards and National boards Review in 2004. This was for his role in directing the film Woodsman.

He has been nominated for his role in other films in different film festivals.

Lee Daniels has been an outspoken campaigner for the plight of HIV/AIDS patients in the US. His experience while at the nursing agencies gave him an insight into their suffering via stigmatization.

During the national elections in 2004, he teamed up with other Democrats to sensitize the black community on the need to cast their votes.

Lee Daniels' sexual orientation of being gay has angered some quarters. But despite that, his prowess in the film production has been rising as time progresses.

A poor boy with only his willpower to rely on, Daniels left his home and studies. He set up his nursing agencies when he was barely 20 years old. His resolve to set things right made him quit his job in Hollywood to start his firm. His determination to give the underprivileged in the society a chance helped him to rise above all odds.