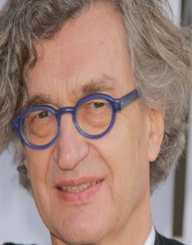 Wim Wenders is a renowned German filmmaker who began his career with short films in the 1960s. Wenders was born on August 14, 1945, in Dusseldorf, Germany. His passion for cinema saw him quit his initial study course as a physician and delved much in filmmaking. However, he could not afford admission to the French National Film School.

Wim resorted to engraving jobs with which he supported himself. He made his return to West Germany in 1967 and got a job as an artist and later joined the University of Television and Film Munich school the same year. His fame spread in the 1970s because of his creative work and much of his artistic prowess.

Wim Wenders was born on August 14, 1945, in Dusseldorf, Germany. Wim attended school in Oberhausen and enrolled at the University in Freiburg to study Medicine in 1963. He also studied philosophy at Dusseldorf in 1964 but did not complete his studies at the University. Wim proceeded to Paris to pursue an entirely different dream in 1966 and fell in love with art. As a painter in Paris, Wim attempted enrolling at the French Film School but could not gain admission and ended up working as an engraver at a studio in Paris. Wenders was so caught up in films that he watched several movies in a day.

In 1967, Wim Wenders went back to Germany to seek opportunities and was employed at United Artist office in Dusseldorf. He enrolled at the University Of Television and Film Munich in 1967 and took a job as a newspaper film critic. He also made quite a number of short films including Summer in the City before he graduated in 1970.

Wim Wenders became famous in the industry of filmmaking during the 1970s, and his career blossomed in apparent success. He also worked alongside other professional directors like Robby Muller. His other works that have been a success include Texas, Paris, Wings of Desire which have borrowed script lines from authors, Sam Shepard, and Peter Handke. Some of his other notable productions that were a major success are The Goalie’s Anxiety at the Penalty Kick (1972), Alice in The Cities (1974) and Kings of the Road (1976).

With a wave of productions, The American Friend film became his breakthrough in 1977. Wim got the opportunity through producer Francis Ford Coppola to direct films in the United States. However, his first film Hammett in 1982 did not avail much. Later in his subsequent productions, Wim Wenders proved that he could still be a good director seeing him receiving awards. Most of his later productions have included photography works which have been preserved in galleries and museums.

Wim has also been a member of the Berlin-based Akademie der Ku?nste since 1984. He belongs to the order Pour le Mérite as one of its members. From 1996 Wim Has been the president of the European Film Academy. He is a professor at the University of Fine Arts of Hamburg.

Wim Wenders has also worked alongside his wife Donata in their cinematography establishment in Dusseldorf. This establishment has nurtured many artistic talents and preserved most of his literary works.