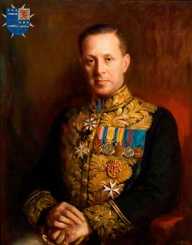 John Luke was an Irish figurative painter, landscape artist, muralist, and sculptor. Considered as one of the greatest artists of the 20th century in Ireland, he had exceptional artistic talents and came up with significant artistic works during his lifetime. He had a relatively high profile remarkable career with enormous legacies. His work is widely celebrated, in the main exhibitions and museums, an example, Ulster Museum.

John Luke was born in Belfast at 4 Lewis Street on 19th January 2006. His parents were James Luke and Sarah whose origin is known to be a place called Ahogill. John was the fifth of seven siblings, consisting of five brothers and a sister. His education kicked-off at Hitman street national school. In 1920, he worked at the New York street flax spinning company and soon after, at the Workman Clark shipyard as a riveter.

John had an interest in learning Art and squeezed his schedule to be able to learn art during evening classes at Belfast College and was under proper tutelage there. While he was there, he secured his first competitive position `object and memory drawing.'

In 1925, John lost his job, and this enabled him to attend daytime classes. He was very talented, and in 1927, he was able to participate in the Slade School of Art in London courtesy of the Danville scholarship. At the college, John studied painting and sculpture. He was under the excellent tutelage of the famous Henry Tonks. John's time at the University hugely contributed to his growth in his artistic ambitions.

In 1930, John Luke won the Robert Ross scholarship while still at the Slade School. He completed studies during that year and remained in London in a bid to grow in his artistic works. At that time John joined the west minister school of art studying wood engraving under Walter Bayes’ tutelage. John began to exhibit his work in October 1930 and enjoyed a relatively high start.

However, in 1933, he was forced to move back to Belfast due to weak economic conditions at the moment. He stayed there for long and only moved to Killylea a bit during the Second World War.

John Luke was a varied and relatively prolific artist who presented an enigmatic view in his work. His rise to fame creative work was landscape painting although he also produced some sculpture works. He is known to have made portraits of himself with a confident directly looking stare and even pictures of other people who looked elsewhere in the distance. They displayed unique mastery, structural simplicity, and vibrant color palate.

The paints were from inspiration from Japanese and Russian woodcuts and prints and were gorgeous pieces. His hometown in Ireland played a significant part in the uniqueness of his paintings, giving them a musical sense and abstract expressiveness.

John Luke was an excellent draughtsman and his prowess evident in all he did. In 1927, he came up with a pencil self-made portrait. The portrait had sound qualities with a complete sense of purpose with a tight economic and precise line.

In 1934, the same was also evident in portrait `Luster Jug' which was part of exhibitions in an Ulster unit held in Belfast. John drew much of his traditional values and inspiration in tempera from early figures. Examples are Piero delta Francesca and Botticelli who were masters of the Italian Renaissance.

In 1934, John came up with `Connswater bridge' painting that portrayed his new preoccupation with formal structures. In 1936, he came up with a painting called `the bridge.' In this painting, he displayed top notch quality that he has never surpassed. In the paintings, he expressed his formalism carefully in rhythmic and flowing shapes and lines.

This matched to the landscape with bright colors and an optimistic mood. In the following year, he painted `the fox' which portrayed an atmosphere of seriousness and purpose. This feeling became his main hallmark for about a decade and produced some of his most memorable pictures at this time.

In the late 1940's and 1950's, John Luke made pictures of very high technical content. Examples are `the three dancers' (1945), `northern rhythm' (1946), and `the rehearsal' (1950). In the early fifties, he executed murals in Rosemary Street Masonic Italy* and city hall which was some of his last paintings. After that, he carried out a mural in Mill Field Technical College which was uncompleted. He also carved `the coat of arms' which was for governors of Northern Ireland. John did small new work after these projects.

In 1945, he held a similar show. This occurred under the aegis of CEMA at number SSA Donegal place

He was commissioned to paint a mural representing the city's history in the city hall Belfast 1950. The purpose of this was to celebrate the Festival of Britain and gave him the attention of a vast audience.

In the latter years, he was also commissioned for murals, and he often enjoyed relatively big audiences.

John Luke taught at the Belfast College from time to time apart from his artistic works. He was a significant influence on students, especially in drawing matters.

He made sculptures occasionally. Examples are `the stone hand' and `scrap of c (1940), which won him the Robert Ross prize during his time at Slade School.

He displayed a keen interest in philosophical theories of art and directed his thinking regarding various books for example `modern movement' and `vision and design.'

In 1928, John Luke created a portrait `the tipster' which has a pictorial depiction of imaginative illusionism.

He came up with sculpture `head of a woman in profile' in 1940. The statue is from cravings of Yorkshire store and is widely known for its strength, quality, and durability. It represented his character stylization with simplicity.

John painted a mural in 1951 to depict London's history. As stated a bit earlier, this mural was in the city hall and marked Festival of Britain celebration in 1951.

Far from his paintings and artistic works, John Luke led a relatively quiet life. He met his wife Pat in 1963 during his time as a teacher at the college of art. Pat was undertaking a course on painting, pottery, and bookbinding and took some of his evening classes. She described him as an organized reserved and quiet man during the early days of their meeting. Many people described John as a retiring, shy and even aloof man.

John was very self-disciplined and often worked for long hours, a lifestyle perhaps by necessity or choice or both. At some point, John got obsessed with vegetarianism and usually stuck to such meals. He was keen on science matters and often researched on this and the vegetarianism issue. John was an inquisitive individual and often looked to seize knowledge, and some even would say he must have been easily a scientist.

John Luke is believed to be an independent thinker on religious matters and did not mainly belong to a particular religion but was interested in its philosophical aspect. He was known to be an amusing person by those close to him and often laughed and engaged in entertaining activities.

As he aged, John Luke’s health began failing. It soon became apparent that he had prostate problems but did not seek medical attention. Diagnosed with prostate cancer, he had an operation that was unsuccessful. This led to his death on February 4, 1975. At the time shortly before his death, he lived in Duncan Gardens, Belfast in seclusion and relatively poor conditions.