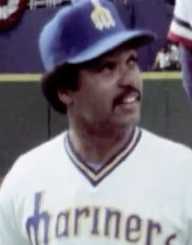 One of the legends of baseball, Reggie Jackson is known in the world today for his 563 home runs and his exceptional performance in the World Series. He has won the American League MVP several times in his 21-year long career. Reggie Jackson has taken his teams to five World Series championships.

Reggie Jackson also won a football scholarship to the Arizona State University, but his love for baseball took him towards a career in baseball.

Reggie Jackson's baseball career began in 1967 when he started playing for the Kansas city athletes. He was a powerful hitter and showed his talent by hitting 29 home runs in his very first season with the team. He became a regular for the team and in his second season, he improved his score to 37 home runs. These performances got him noticed and soon he was drafted to play with the Oakland A’s.

Reggie Jackson's heroics with the bat took the Oakland A’s to several World Series titles consecutively. He first helped them lift a division title in 1971. They won again in 1973 and 1974. During his association with the Oakland A’s, he hit several homeruns. As a result, the team lifted 3 World Series Championships and Jackson won the MVP award several times.

Reggie Jackson's career took a downward route in 1975. A poor performance by him resulted in his team losing in the playoffs. And he was unceremoniously traded to the Baltimore Orioles. The setback was short however, and he performed exceptionally well for the two seasons he was associated with the Orioles.

The New York Yankees then bought Reggie Jackson for a large sum.

Although Reggie Jackson was a great player, he was often critical of the other members of his team. This did not go down well with the Yankees’ captain Munson and their manager. Once he started to get along with the others, he helped the Yankees win the title and became MVP of the season once again. In fact, he was the first player in history to win this title twice. His run was exceptional in 1980, and he scored 41 home runs.

After leaving the Yankees in 1981, Reggie Jackson played for the California Angels and scored 39 homeruns in 1982. Overall he scored 563 homeruns and had 2597 strikeouts. This feat placed him in the list of all-time greats of this game.  He retired in 1987.

Reggie Jackson has appeared in a few films like The Naked Gun and Richie Rich. He has also written two books – Sixty Feet Six Inches, co-authored by Bob Gibson and Becoming Mr. October with the Yankees.

Reggie Jackson has been the American League MVP several times. His record of 563 homeruns also places him sixth on the list of all-time great sluggers in the history of baseball.  He is also the 1993 Hall of Famer in Baseball.

Reggie Jackson married Jennie Campos in 1968. The marriage lasted 5 years, and they had a daughter named Kimberley.