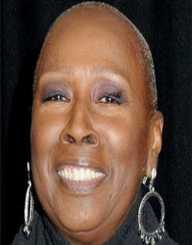 Judith Ann Jamison was born 10th May 1943, in Philadelphia, Pennsylvania, in the United States. She lived with her parents and her older brother. Jamison started learning the arts from a young age, with her father teaching her piano and violin, and from age six she started dance training at Judimar School of Dance.

She studied under Marion Cuyjet, first learning classical ballet and modern dance, and two years later she also started learning tap dancing, acrobatics, and the Dunham technique. Several years after that, Cuyjet had Jamison study with other teachers to accelerate her dance studies.

Judith Jamison learned the Cecchetti method under Antony Tudor, and she studied with Delores Brown Abelson. While she was in high school, Jamison was in the Glee Club and the Philadelphia String Ensemble. She also studied Dalcroze Eurhythmics. After she graduated from Judimar, she studied at Fisk University. She completed three semesters and then transferred to the Philadelphia Dance Academy.

In 1964, Agnes DeMille invited Judith Jamison to join her in New York to perform in a new production she was choreographing for the American Ballet Theatre, called, The Four Marys. Jamison spent several months with the company, but when the production finished, Jamison didn’t have any other work lined up. She went to an audition being held by Donald McKayle, and within a few days one of his friends, Alvin Ailey, called and made an offer for Jamison to join his company, called Alvin Ailey Dance Theater.

Her debut performance for the company was in 1965 in Chicago, in a production called, Congo Tango Palace. In 1966 she toured throughout Europe and Africa with the company. After the tour, Ailey faced short-term financial constraints and had to put the company on hold temporarily.

Judith Jamison went to work for Harkness Ballet and was assistant to the artistic director. In 1967, as soon as Ailey’s Dance Theater was back up and running, Jamison quickly returned. She danced with the company for the next 13 years, travelling all over the world with her performances.

In 1980, Jamison left the Dance Theatre to expand her horizons by performing on Broadway in a musical production called, Sophisticated Ladies.

In 1981, she started teaching master classes and began choreographing her works. She formed The Jamison Project, and they premiered in 1988 at the Joyce Theater in New York City. In 1988, she once again returned to the Alvin Ailey Dance Theater. This time, rather than a performer, Jamison was an artistic associate.

Her autobiography, Dancing Spirit, was released in 1993.

Among her many awards, Judith Jamison has the following:

2004:   Awarded The Paul Robeson Award by the Actors’ Equity Association