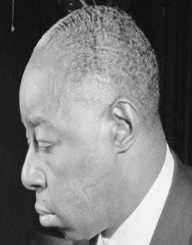 Baby Dodds was an American jazz musician who revolutionalized how drums dictated the pace, tone, and rhythm of jazz.

Warren Dodds was born on December 24, 1898, in New Orleans. Having been named as his father, he was nicknamed Baby to distinguish him from the father. He was born into a musical family. Thus he started learning from his surroundings early in life. To perfect their tunes, the family practiced religious songs at home. With the father on the violin, brother on clarinet, and sister on harmonica and vocals, it was a perfect musical school for him. Like Chicago and New York, New Orleans was a vibrant city oozing with black culture, history and afro jazz rhythms. All these influenced Dodds in his musical dream.

Dodds acquired his first drums when he was 16 years. His talent was spotted by carnival organizers. He was given a chance to showcase his prowess in the New Orleans street parades. After a short while, he was playing along musical greats like Bunk Johnson, Frank Duson, and Sonny Celestin.

Having had a successful stint in New Orleans, Baby Dodds relocated to California. In 1922, at the age of 24, he started playing with the Creole Jazz Band. He had several tours with the band. Despite the limitations of studio technology, Dodds managed to record with the Creole Jazz band in 1923. The recordings done in Chicago were well acclaimed in the city and beyond.

In the 1920s, Dodds played with a variety of outfits. His drumming prowess made him a sought-after artist from the time he landed in Chicago. From time to time, he recorded with jazz greats like Louis Armstrong, and The Hot Seven Band. Other musicians he worked with were Jelly Morton and the Hot Five band.

Baby Dodds broke away from the Creole Jazz band in the 1930s. He then teamed up with his brother Johnny. The Dodds brothers created an outfit that was a regular entertainer at Stables in Chicago. As the financial crush got tough, Baby Dodds ran a taxi business to supplement the musical income. The Dodds outfit ended with the death of Johnny in 1940. Baby Dodds became a freelancer to several bands in Chicago.

He returned to New Orleans in 1941. The reinvention of jazz in the city was Dodds' best opportunity. His unique style gave him a niche over his fellow drummers. After reviving his career in New Orleans, Dodds moved to New York in the late 1940s. He was enlisted in Mezz Mezzrow’s band. With his new outfit, he went on to tour Europe in 1948. The group returned to America after eight weeks. The same year, he left the group and returned to Chicago.

The following year, 1949, Baby Dodds suffered a stroke. He subsequently suffered two other strokes in 1950 and 1952. His new state of health undermined his ability to perform. He had guest appearances in several concerts. Dodds illustrious musical career was grinding to a halt.

From his early years, Baby Dodds' style was unique. He replaced drums with wooden blocks. This was exotic to the traditional jazz drum sets complete with cymbals. His style was more appealing to the audience in live performances than in recordings. The other instruments muzzled the sound from the wooden blocks.

In the advent of technology, Dodds took up the drum set leaving out the cymbals. He was quoted as having hated them. To him, they added no value to his style of jazz. When the behop beat was invented, Dodds stuck to his traditional old-style jazz.

After struggling with poor health for almost a decade, Baby Dodds passed on in Chicago. His death on February 14, 1959, was a bitter valentine’s gift to his musical lovers.

Dodds was a mercurial musician. Despite having basic formal education, he went on to teach a lot in the music industry. Due to his input, he was immortalized in many occasions. The William Research Center has a display of his numerous artifacts. The artifacts include original memoirs, compositions and recorded interviews with journalists.

Baby Dodds is also an inductee in the Drumbeat Hall Of Fame. He achieved this fate posthumously in 2010. In addition to the two major milestones, a biographical book was written to celebrate his life. The book is titled The Baby Dodds Story.