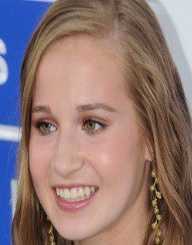 Madison Kocian was born on June 15th, in 1997. She is famous for being an artistic gymnast. In her gymnastics career, she has bagged home a gold medal under the United States national gymnastics team. She took her first gold medal while featuring at the 2016 Olympics.

Madison Taylor Kocian was born on June 15th, in 1997. Her place of birth was in Dallas, Texas. She is the daughter of Cindy and Thomas Kocian. Growing up, her parents enrolled her in gymnastics school at a tender age. When Kocian was only five years old, she had begun taking gymnastics classes at the World Olympic Gymnastics Academy.

Kocian schooled at Spring Creek Academy located in Piano, Texas. Later, in 2015, she managed to graduate from the institution. The following year, she joined the University of California, Los Angeles (UCLA).

With her exceptional gymnastics skills, Madison Kocian became a member of the U.S. Junior National team when she was only aged 12. She performed well during her first year as she became sixth while featuring at the National Championships. Still, in 2016, she participated in Top Gym Junior competitions which took place in Charleroi, Belgium.

In 2010, Kocian also participated at the U.S Classic taking place in Chicago. Here, she was ranked fifth and thereby earning herself an opportunity to feature at the U.S National Championships. She later bagged home a bronze medal in the competitions.

Madison Kocian's major career began in 2013. During this year, she featured at the U.S. Classic taking place in Hoffman Estates, Illinois. She went on to be ranked seventh in the competitions. She also took home a silver medal on the bars. In spite of her excellent performance, she was not selected to participate in the World Championships. However, she managed to become a member of the U.S. National Team.

In August 2016, Madison Kocian aided her team to clinch a gold medal at the Olympic Games. She worked together with Gabby Douglas, Simone Biles, Laurie Hernandez, and Aly Raisman to represent the U.S National Team. With her impressive performance on the uneven bars, this helped her to bag home a gold medal that she shared with her teammates. As a result, the five ladies representing the national team were dubbed “The Final Five.”