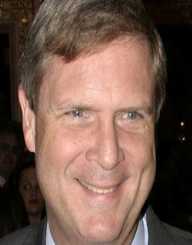 Thomas James Vilsack was born on December 13, 1950. He is an American politician and lawyer. He once served as the United States Secretary of Agriculture. He was also Governor Number forty of Iowa in the United States of America. He is a Democrat and currently sixty seven years old.

Thomas James Vilsack was born on December 13, 1950, in Pittsburgh, Pennsylvania in the United States of America. He was born in a Roman Catholic Orphanage. At the orphanage, he was baptized and given the name Kenneth. In 1951, he was adopted by Bud and Dolly Vilsack. The couple later named him Thomas James. He attended Shady Side Academy in Pittsburgh for his primary and secondary education.

In 1972, he graduated with a Bachelor’s Degree from Hamilton College, New York where he was also a member of the Delta Upsilon Fraternity. The following year, he married Christie Bell and then moved with her to Mount Pleasant in Iowa where he started practicing law. In 1975, he earned a Juris Doctor from Albany Law School of Union University in New York City.

Tom Vilsack is a charitable person, and in Iowa, he and his wife raised funds to rebuild a fallen athletic facility which would be beneficial to young people. In 1987, they were volunteers at Joe Biden’s Presidential Campaign. In 1987, he became the mayor of Mount Pleasant. In 1992, he became a member of the Iowa Senate. In 1998, he was elected as the Governor of Iowa becoming the fifth Democrat to hold the office.

In 2002, he was elected for a second term in office after he defeated Republican Doug Gross. He made numerous achievements while he was a Governor. For instance, in 2005, he signed off an executive order which allowed felons who had served their sentences to vote. He was once a member of the National Governors Association Executive Committee.

In 2007, he left office as the Governor of Iowa. In 2006, he announced his intention to run for the 2008 Presidential Elections. In 2007, he dropped out of the race due to financial reasons. The following year, he became a supporter of Barack Obama and rooted for the election of his fellow Democrat as President. He later joined Hillary Clinton and Joe Biden in the establishment of the United States Public Service Academy.

In 2009, Tom Vilsack was appointed as the United States Secretary of Agriculture by President Barack Obama. He later founded the Governor’s Biotechnology Partnership. In 2015, he almost resigned from his post, but he was asked to stay by the President. The President later gave him the task of looking into the problem of opioid addiction. He held the position of Secretary of Agriculture until 2017.

In 1973, Tom Vilsack married Ann Christine with whom he has two children, Jess and Doug. He is currently sixty seven years old.