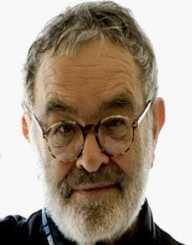 Playwright, filmmaker, poet, and novelist Fernando Arrabal was born on the 11 August 1932 in Melilla, Morocco which at the time was a Spanish Protectorate. His parents were Carmen Teran Gonzalez and Fernando Arrabal Ruiz. His father was a Spanish painter. At the outbreak of the Spanish Civil War (1936-1939), Ruiz received the death sentence for mutiny because of his pro-Republic stance (1936).

The sentence was commuted to 30 years jail, but after an escape attempt in 1941, Ruiz vanished and was never seen again. Arrabel ’s mother moved to Ciudad Rodrigo after the arrest her husband, and when the  Spanish Civil War ended, they relocated to Madrid.

Initially, Fernando Arraball did business studies in Tolso which included a course studying the paper industry. After working for a short time, he then continued with his studies in Valencia and Madrid. He studied law at the University of Madrid. In 1955, he won a three-month scholarship to study drama in Paris, France.

Fernando Arrabal settled permanently in Paris. His first production was the anti-war satire, Picnic on the Battlefield (1958) and Baal Babylon (1959) was his first novel.