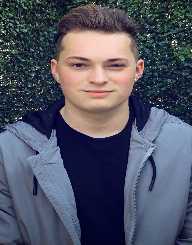 Lance Stewart is a social media star and Vine personality from the United States.Lance Stewart was nominated for the shorty awards and is an excellent youtuber and Viner with very many followers. Lance rose to fame considerably due to Vine, whereby he has a channel called Lance210. On the channel, Lance has over 5 million followers. On YouTube, Lance has a channel with over three million subscribers and another with over 700, 000 subscribers.

More so, Lance Stewart's popularity is also spread out on Instagram with over 4.7 million followers. On the social media accounts, Lance usually posts short videos that are always very much liked by his fans. Apart from his social media activities Lance still shows concern for people that are less privileged in the society and often engages in charitable activities. He has also associated with various famous viners like Amanda Cerny and Brandon Bowen to create excellent Vines.

Lance Stewart was born on 20th June 1996 in Philadelphia, Pennsylvania, with an Italish-Irish descent. He was mostly brought up in Franklinville, New Jersey

At the start, Lance Stewart liked creating short videos of himself as a hobby. On 6th February 2014, he established his youtube channel, and by May, he had thirty thousand subscribers already. On the vine, one of his most famous clips is called ` It's my money, and I need it now.’ The videos attracted a lot of attention and had almost one million likes and about eight hundred thousand vines.

Also, Lance Stewart collaborated with other vine stars like Marcus Johns to come up with the video called `I’m a wizard.’ Due to the large number of subscribers and views he has, Lance earns a lot of money from endorsements and advertisement on his videos.
On the vine, Lance Stewart has more than six million followers and over 1.8 million subscribers on his youtube channel. More so, he has another YouTube channel Lance 210, with over 700k subscribers. Lance has about three million followers on Instagram.

Lance loves fun and has an excellent relationship with all of his friends. Also, he cares a lot about his parents who have always supported him although they had limited resources. Lance is a very charitable person. At a certain point, he bought about 100 burgers at the McDonalds and gave them to homeless people in California. Also, Lance provided food for people on the streets on a regular basis. Due to this acts of kindness, lance is not only loved for his creative videos but also adored for his generosity.

At a certain point, Lance Stewart came up with a video titled `My girlfriend shows her nipples on camera,’ which attracted a lot of views, more than five million. The video became his most watched clip but has nothing offensive. Apart from his exciting clips, Lance makes a lot of money through his T-shirt selling businesses. At some point, Lance cut his finger during one of his videos while attempting s fruit ninja stunt.

Lance Stewart's family members feature in a lot of his clips. At some point, Lance bought a Corvette ZO6 car as a present to his father on his birthday. On February 2016, he admitted to being in a relationship with a girl called Lizzy.