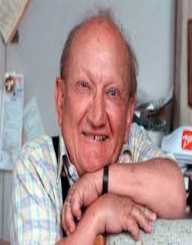 Billy Barty is best remembered for his long acting career and his activism. His little physic made him a stand out actor. In the 1950s Barty was America's most famous short person.

Billy Barty was born in Millsboro, Pennsylvania on 25th October 1924. His parents were Ellen Cecil Bertanzetti and Albert Steven. His father's parents were both Italian.

Most of his family members were actors, and so Barty's passion for acting was shaped from an early age. At the age of three, he found his way into silent pictures.

Billy Barty co-starred Mickey Rooney, a comedy series that featured in the 1920s. His small physic suited him a lot in the film. He impersonated young kids in the movie.

Nine years old Barty appeared in film Gold Diggers of 1933. He took the role of a child who escapes the stroller. During that year he also featured in film Bride of Frankenstein.

Billy Barty would never go beyond 3-feet 9-inches, a height that suited his roles in movies. He performed in many films all through his early age through to college.

In the 1958 Peter Gunn, Billy Barty acted as a pool hustler baby in the eight episodes. Two years later Barty starred in Rawhide.

In every film he starred he was known for his enthusiasm and energy.in the 1960s he appeared in the kid show Billy Barty's Bigtop.

He played an adult in some films including Willow, Rumpelstiltskin, Day of the Locust and Foul Play

He became a yearly guest for Telemiracle Telethon show. The show is considered one of the most successful in the world.

It was because of Billy Barty that Little was a name that was used to refer to people with a dwarfism condition in the 1950s.

Barty later came up with Little People of America Association where he hosted the first ever conference for little people in Nevada.

Billy Barty succumbed to a heart failure December 23, 2000. His body was laid to rest on Forest Lawn Memorial Park Cemetery.