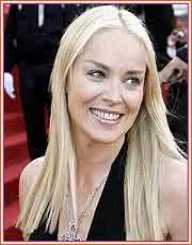 Sharon Stone was born on March 10th, in 1958. She is famous for being an American actress and a producer. Aside from this, she also earned her fame for being a fashion model.

Some of the films that earned her high acclaim include Irreconcilable Differences, Total Recall, and Basic Instinct. The latter brought her to the limelight as a talented actress.

Sharon Yvonne Stone was born on March 10th, in 1958. Her place of birth was in Meadville, Pennsylvania in the United States.

She was born to Dorothy Marie and Joseph William Stone II. Her mother worked as an accountant whereas her father was a factory worker. Stone has got three siblings namely Michael, Kelly, and Patrick.

Growing up, Sharon Stone was regarded as an exceptional student in school, and thus she joined second grade when she was only five years old. After that, she joined Saegertown High School where she graduated in 1975.

Sharon Stone then joined the Edinboro University of Pennsylvania. Here, she bagged home the title of being Miss Crawford County in Pennsylvania.

In 1977, Stone left school and went out to try modeling in New Jersey. At the time, she worked with the Ford Modeling Agency located in the New York City. Nonetheless, Stone decided to go back and complete her university education in 2016.

During the 1980s, Sharon Stone decided to try her luck in acting. She went ahead and made some appearances both on TV and in films.

One of the roles that she is best remembered for during the 80s was Blake Chandler in the comedy called Irreconcilable Differences -1984. Three years later, she also played a part in the hit comedy Police Academy 4: Citizens on Patrol -1987.

Sharon Stone's career was at its best in 1990 after landing herself a role in the action film called Total Recall. Here, she starred alongside Arnold Schwarzenegger. In 1992,

Stone again hit the headlines with the role she played in the hit film Basic Instinct. This was a major hit and that Stone won herself a Golden Globe award. Similarly, she was part of the nominees for Saturn Awards.

This was not all; the film also aided in getting Sharon Stone to the top 50 lists of the People’s magazine ranking the most beautiful ladies.

Sharon Stone faced some health issues in 2001. They arose as a result of a severe headache that the medics later argued that she was suffering from a brain hemorrhage.

Fortunately, she recovered completely, and in 2004 she was back to acting. She was the co-star in the film Catwoman acting alongside Halle Berry and Benjamin Bratt.

Sharon Stone wedded Michael Greenburg, a producer in 1984. Nevertheless, their marriage was not blissful, and the two parted ways after only three years of being together. She tied the knot for the second time to Phil Bronstein.

The couple went ahead and adopted a son called Roan Joseph and divorced shortly after in 2004. Two years later, Stone adopted Laird Vonne and Quinn Kelly.