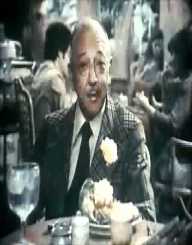 Melvin Jerome Blank was born 30th May 1908, to Frederick and Eva Blank. He was born in San Francisco, California, in the United States, and had one older sibling.

He studied at Lincoln High School. Blanc started doing voicing from the young age of 10, enjoying changing voices and dialects.

Melvin Jerome Blank graduated from high school in 1927, and he went to work straight away. He had two careers. The first was being the leader of an orchestra, and the other was performing in vaudeville shows in Washington, Oregon, and California. He had changed his name by this time to Blanc, after a run-in with a teacher back in school. Still in 1927, Melvin Jerome Blank debuted on radio. He performed on KGW, on a program called The Hoot Owls. This was where he was first noticed, for his ability to do different voices for multiple characters.

In 1932, Melvin Jerome Blank moved to Los Angeles for 12 months, then relocated back to Portland. In 1933, he went to KEX radio and produced his own show called Cobweb and Nuts. The show went to air six nights per week.

Two years later, Melvin Jerome Blank moved back to Los Angeles and went to work for Warner Bros. He began to work regularly on the NBC radio show, The Jack Benny Program. Once again, Blanc played many parts with his different voices, and it was a working relationship that continued until 1955 when the series finished. The two then worked on television together, and they appeared on different NBC shows right up until the 1970s.

Due to his popularity on The Jack Benny Program, Blanc was given his own radio show. The show ran for approximately nine months.

Over the ensuing years, Melvin Jerome Blank became a major voice artist at Warner Bros. He did many voices for a wide array of cartoon characters.

Over the duration of his career, Melvin Jerome Blank protected the rights to the characters he created with his voice, both legally and contractually. When the rights were violated, Melvin Jerome Blank had no hesitation in taking legal action against those doing the wrong thing. Blanc’s estate followed in his footsteps and continued to take legal action again those impinging on Blanc’s legal rights.

Melvin Jerome Blank was contracted exclusively to Warner Bros. until 1960, after which time, while still working for Warner Bros., he also worked for Hanna-Barbera. He provided many voices for Hanna-Barbera, but his most famous was Cosmo Spacely of The Jetsons and Barney Rubble from The Flintstones.

Melvin Jerome Blank was in a car accident in January 1961, which was nearly fatal. He suffered a triple skull fracture, and he was in a coma for two weeks. He also had multiple fractures to his legs and pelvis.

Melvin Jerome Blank wasn’t released to go home until March. The area where he had his accident was known as Dead Man’s Curve. Blanc sued the city of Los Angeles. His had been one of 26 accidents in the same spot in the two years prior.

Melvin Jerome Blank only had a relatively short break from his voice work. Producers of The Flintstones recorded the shows with other cast members, in the hospital room where Blanc was staying.

Melvin Jerome Blank worked on his famous voices right up until 1989, which was when he did his last Bugs Bunny voice.

Melvin Jerome Blank died on 10th July 1989 after a short stay in hospital. He had developed a bad cough, and his family submitted him to be checked. He was 81 years old and died from coronary artery disease.

Melvin Jerome Blank has a star on the Hollywood Walk of Fame, as does his character, Bugs Bunny.

Melvin Jerome Blank married Estelle Rosenbaum in 1933. They had a son, Noel, who was trained by Blanc in voice-over work.

Melvin Jerome Blank is recognized as one of the most talented voice artists in history. He performed many of the most well-known cartoon characters on television. He was sorely missed when he died.