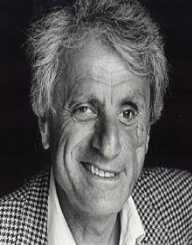 Iannis Xenakis was a Greco-French engineer and classical music theorist, composer. He combined mathematical precision with artistic flare on his orchestra.

Iannis Xenakis was born in Braila, Romania on May 29, 1922. His parents were both Greek. His father Klearchos Xenakis was a merchant while the mother Fotini Pavlou was an amateur musician. He was the firstborn child in his family. He grew up under the watch of his father. His mother died in 1927.

He got his elementary education in Braila. At the age of 10, he went to a boarding school in Greece. He graduated from the boarding school in 1938. He relocated to Athens for admission at the National Technical University of Athens. He got the entry in 1940. Xenakis left his studies to fight in the WW2.

In October 1940 Greece went to war with Italy and won. Italy allied with Germany and attacked Greece. The alliance occupied Greece after the Battle of Greece in April 1941. Iannis Xenakis joined the resistance movements against the occupation. When the WW2 ended, he resisted the British as a member of the leftist movement in Greece. His face became disfigured by shrapnel during the war.

He resumed his studies at the university and graduated in 1947. Soon after earning his degree in Civil Engineering, he got enlisted into the Greek army. He fled the country when the government began a systematic purge against leftist sympathizers. Fearing for his life, Xenakis fled to France in November 1947. Xenakis was tried and sentenced in absentia to hang. In 1974 his death sentence was officially lifted by the Greek government.

In Paris, Iannis Xenakis became a close associate of the French engineer Charles Edouard Jeanneret. Jeanneret was better known as Le Corbusier. Working under Jeanneret, Xenakis became involved in great projects of architecture. He majored in housing projects to improve the French habitation capacity after a devastating WW2. Xenakis was commissioned to help upgrade the official government structures in British India.

He designed structures that defied simple architectural logic. He was futuristic in his ideas. Xenakis designed the Phillips Pavilion in 1958. He displayed the design at the Brussels World’s Trade Fair later in 1958. The design mirrored on the tidal waves of the ocean earned him international acclaim.

At the turn of the 1960s, Iannis Xenakis turned to compose music. He left his acclaimed architectural career to work on his childhood dream, music. He was introduced into music by his parents. His mother was the most instrumental in shaping his musical interest.

He turned to music to express his remorse for the exile situation he was in. Xenakis started working on music in the late 1950s. He only got prominence in the early 1960s. He deviated from the traditional composition of classical music. He incorporated the use of computers to generate mathematically structured notes. He became a naturalized French citizen in 1965.

In 1966 he founded the School of Mathematical and Automatic Music. He became one of the earliest pioneers of the techno music genre. He taught and held various research programs at Indiana University. He documented his findings in the 1971 publication Formalized Music: Thought and Mathematics in Composition.

Iannis Xenakis commenced his new style of music in 1954. He composed his classic Metastasis. In 1958 he did another mathematically assisted composition Achorripsis. He composed Atrees, Homage to Blaise Pascal in early 1962. He continued studying and performing in Paris. He got support from the Paris Instrumental Ensemble for Contemporary Music. He did performances with children compositions in 1962. He worked with orchestras to perform Aktara in 1965 and Cendrees in 1974. Xenakis continued working with computers and made several compositions. Notable pieces include the 1978 Mycenae A, Pour les Paix in 1982, and O-mega in 1997.

For years he worked closely with the Paris Music Conservatory. The partnership helped his computer-assisted compositions to gain acceptance by the populace in France and Europe. He exposed his music to as far as Iran in the Shiraz Arts Festival. Some of his students included Pascal Dusapin and Miguel Angel Coria.

Iannis Xenakis was married to Francoise in 1953. They had a daughter called Makhi born in Paris in 1956. Though brought up in a Christian family, he later turned to atheism. He often expressed the atheist idea in his music.

Iannis Xenakis died in Paris France on February 4, 2001, after a short illness. He went into a coma on February 1 and never came back.

For his work, he received a Polar Music Prize for his ingenuity and composition in the classical world of music.