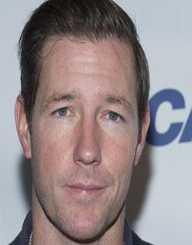 Edward Burns was born on January 29, 1968. He is an American actor. He is also a producer, writer, and director. He is currently Fifty years old.

Edward Burns started his career off as an assistant producer in ‘The Doors’ which was an Olive Stone film. He later worked at Entertainment Tonight as a gofer. In 1995, he screen wrote, produced, directed and starred as Barry Finbar McMullen in ‘The Brothers McMullen’ which was his first film. In 1996, he screen wrote, directed, produced and appeared as Mickey Fitzpat in ‘She’s the One.’ In 1998, he appeared in the film ‘Saving Private Ryan’ as Private Richard Reiben.

In 2002, Edward Burns appeared as a store clerk in ‘Lethargy.’ He after that screen wrote, directed, produced and acted as Francis Sullivan in ‘Ash Wednesday.’ He later appeared in ‘Life or Something Like It’ as Pete Scanlon. In 2003, he played a role in ‘Confidence.’ In 2004, he appeared as himself in ‘The Breakup Artist.’ He after that directed, screen wrote and acted as Jack Stanton in ‘Looking for Kitty.’

In 2005, he appeared in ‘Will & Grace’ as Nick, ‘A Sound of Thunder’ as Travis Ryer and in ‘The River King’ as Abel Grey. In 2006, he screen wrote, directed, produced and appeared as Paulie in ‘The Groomsmen.’ He also appeared in ‘The Holiday’ as Ethan Ebbers and in ‘Entourage’ as himself a role he played until 2009.

In 2013, he appeared in the film ‘Mob City’ as Bugsy Siegel. In 2014, he featured as himself in ‘Louie.’ In 2015, he screen wrote, produced, directed and appeared as Terry Muldoon in ‘Public Morals.’ In 2018, he is the screenwriter and producer of the film ‘Summertime.’

In 2003, Edward Burns married Christy Turlington with whom he has two children. He is currently Fifty years old.