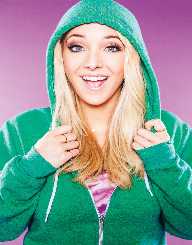 Jenna Nicole Mourey best known with the alias Jenna Marbles is one of the famous American social media sensational. Born on September 15, 1986, she is also a comedian and actress. Jenna Marbles announced her social media presence as a YouTuber and vlogger with her first YouTube upload in 2010 and have since become a star having 17 million subscribers and more than 2 billion video views as of April 2017. Her channel is currently 2nd most popular operated by a woman the 22nd most subscribed on YouTube. Jenna Marbles has also released a brand of toy dogs Kermie Worm &Mr Marbles.

Jenna Marbles was born on September 15, 1986, in Rochester, New York. She was educated at the Brighton High School and completed in 2004. Jenna Marbles then continued at the Suffolk University where she graduated with a Bachelor of Science in Psychology and received her Master of Education in Sports Psychology and Counseling at the Boston University.

Jenna Marbles after her education started a career as a writer for Barstool Sport’s female counterpart site StoolLaLa. She also picked up jobs like bartending, blogging and also at the tanning salon to raise enough income.

Jenna Marble's interest in blogging gained her interest in also posting on YouTube. In 2010, she posted the video, How to Trick People into Thinking You're Good Looking on under her alias Jenna Marbles. The video had over 5.3 million views in the first week.

She chose the alias Jenna Marbles after her mother complained that the Mourey she was using at the time was their legal surname. As she was unemployed at the time, she perceived the use of Moureyto post such videos would turn off potential employees.

Jenna Marbles got the name Marble from her dog called Mr. Marble. In August 2011, The New York Times and ABC News feathered Marbles’ video, How to Avoid Talking to People You Don’t Want to Talk Toin their articles. In the video, Jenna Marbles expressed her displeasure of guys who think her going to the club or a bar for a dance means she needs their genitalia touching my backside. The video as of April 2017 had 35 million views. Her YouTube channel Marbles’ as of April 2017 had over 2.2 billion video views and over 17 million subscribers.

Aside from being a YouTube sensational, Jenna Marbles has also ventured into acting. Her debut role was in season 2 of Epic Rap Battles of History episode 13 Adam vs. Eve where she played Eve. In The Annoying Orange episode Fake n' Bacon, she played a banana. She has also played in other like Wrecking Ball as Miley Cyrus, has featured in season four of Ridiculousness and Smash: The Movie as herself. She was the executive producer for Maximum Ride in 2016.

Jenna Marbles has taken her social media and other ventures to the professional level. She has hired other hands to her in the business, including her mother as the chief executive office and other like a business manager and personal assistant.

Jenna Marbles has been expanding her business by releasing the brand of toys dogs Kermie Worm &Mr Marbles inspired by her pet dog Mr. Marble. He is the host of the weekly pop countdown YouTube 15 on SiriusXM Hits 1. She also collaborates with his boyfriend Julien Solomita for the weekly podcast"The Jenna and Julien Podcast" which discusses topics like conspiracy theories, growing up, Youtubers and other general topics. The podcast also features colleague Youtubers and Shane Dawson and many others.

Jenna Marbles are in a relationship with Julien Solomita.