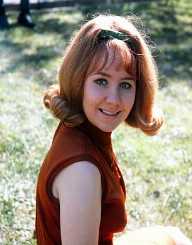 Marie McDonald McLaughlin Lawrie best known as Lulu Kennedy-Cairns is a Scottish singer and songwriter. Born on November 3, 1948, she is best known for performing the song “To Sir We Love,” featured in the film of the same title in 1867. In 1964, her version of “Shout” by the Isley Brothers became a hit in the UK and pushed her music career into another level.

After a brief career with the group the Luvvers, Lulu pursued a solo career in 1965. Lulu entered the Eurovision Song Contest in 1969 with the song Boom Bang-a-Bang, which won the entry and became a hit in the UK.

Lulu was born on November 3, 1948, in Lennoxtown, in Scotland. She is the eldest of four including two brothers and a sister. She was raisedinDennistoun, Glasgow where she received education at Thompson Street Primary School and later at Onslow Drive School. She showed great musical talent while growing up and this interest would become a career.

Lulu became a singing sensation at an early age of between 12 or 13 by appearing on stages especially with the band Bell rocks. Managed by Marion Massey, she was signed to Decca Records in 1964 at the age of 15. Her rendition of the Isley Brothers’ “Shout” peaked at No. 7 on the UK charts.

She was at the time a member of the group the Luvvers, Despite the huge success of Shout, her three follow up singles could not make a mark and failed to chart. Nonetheless, the talented singer came back strongly with “Leave A Little Love” in 1965, propelling her to return to the UK Top Ten with “Try to Understand” making it to the Top 30.

Lulu decided to leave the Luvvers in pursuit of a solo career after some releases. In 1965, she toured with the British band Hollies including a tour in Poland. This made her the first British female singer to perform live behind the Iron Curtain. That same year, she released the German language songs, "Wenn du da bist" and "So fingers an" under the Decca Germany label.

In 1966, Lulu parted ways with Decca records and signed onto Columbia to be produced by Mickie Most. This came with success at her single, The Boat That I Row, 1967 reached No. 6 on the UK singles chart. Lulu sang the title track of the film, “To Sir, with Love” in 1967. The track was a huge hit in the United States peaking at No. 1 and became the best-selling single with more than one million copies sale in 1967. Billboard magazine ranked the song as the No. 1 song of the year.

Lulu performed the title track for the James Bond film The Man with the Golden Gun in 1974. In 1981, she released “I Could Never Miss You (More Than I Do)” which was a hit and made it on the Top 20 in the US. In 2002, she released a duet collaborating with Elton John and Paul McCarthy. Her albums include Something to Shout About, Lulu’s Album, New Route, Don’t Take Love for Granted, Independence, Together, Back to Track, and Making Life Rhyme.

Lulu made an acting debut with “To Sir, with Love” in 1967. She started hosting television series, which tremendously helped her music career. In 1965, she co-hosted Gadzooks! It’s The In-Crowd with Alan David on BBC Two.

She was a regular on Stramash!on BBC One in 1966. The following year she appeared on the BBC Two’s music and comedy series, Three of a Kind. From 1968 to 1975, Lulu was given her own BBC One TV series, which ran under the names including Lulu's Back in Town, Happening For Lulu, It's Lulu and Lulu. The series featured resident guests like Roger Kitter, Adrienne Posta, Paul Greenwood and Bernie Clifton.

She appeared in Guy’s and Dolls, a song and dance by the Royal National Theater and Andrew Lloyd Webber. Her first book, Lulu – Her Autobiography, was published in 1985. In 1987, she played the role of Adrian Mole’s mother in The Secret Diary of Adrian Mole. She hosted the National Lottery game show, Red Alert on BBC One in 1999 and sang to the theme song for the show.

She will host several other TV series throughout her career. Queen Elizabeth honored her with an Order of the British Empire (OBE) in 2000. She participated in the BBC series Strictly Come Dancing in 2011. She was the first performer at the closing ceremony of the 2014 Glasgow Commonwealth Games in August 2014. She was cast to play the role of Dorothy Brock for the musical 42nd Street in 2018. She show traveled 16 weeks.

In 1969,  Lulu married Bee Gees’ Maurice Gibb in a ceremony in Gerrards Cross. Lulu was at the time 20 years while Maurice was 19. Maurice’s elder brother Barry who believed the pair was very young to marry opposed their marriage. Just like many other celebrity couples, the marriage ended on a rock with the couple divorcing in 1973 due to their career commitments and Maurice’s heavy drinking. She then married hairdresser John Frieda and had a son Jordan Frieda. They divorced in 1991. She published an autobiography; I Don't Want to Fight in 2002. She was romantically involved with The Monkees’ Davy Jones and David Bowie.