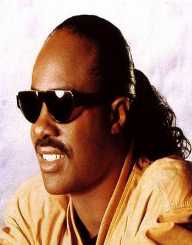 Stevland Hardaway Judkins was born on May 13, 1950, in Saginaw, Michigan, USA. His parents are Lula Mae Hardaway and Calvin Judkins. He also has five siblings.  He later took on the stage name Stevie Wonder.

When Stevie Wonder was born prematurely, he suffered from a case of retinopathy of prematurity. This caused his retinas to detach from where they were supposed to be. This caused the young baby to become blind. He is likely to remain blind for the rest of his life.

Stevie Wonder loved music since he was a child, and he taught himself how to play a variety of musical instruments. His musical skill was obvious, and he became a star from a young age. He first signed on with Motown Records when he was only 11 years old. He released his first single, I Call It Pretty Music, But the Old People Call It the Blues. The same year, he released his first album, Recorded Live: The 12-Year-Old Genius. The young musician gained popularity quickly and even adopted the nickname, Little Stevie Wonder.

Throughout his teen years, he released some other hits. Some of his famous songs include Blowin’ in the Wind and For Once in My Life. When Stevie Wonder was 20, he married another musician, Syreeta, and performed some music with her, making the album, Where I’m Coming From, which was released in 1971. Stevie Wonder produced some hit songs, including, Superstition, Isn’t She Lovely, Sir Duke, Higher Ground, Part Time Lover, and I Wish. He has also done covers of many famous musicians, including, Ray Charles, Bob Dylan, as well as songs from the Beatles.  Some of Stevie Wonder’s other famous albums are listed below.

Music of My Mind

A Time for Love

Throughout his career, Stevie Wonder has released dozens of songs, over thirty of which made it into the top 10 lists. He has also sold more than 100 million records, and as he is still making music, he is likely to sell millions more during and after his lifetime. He has also worked with some famous musicians, including Paul McCartney.

Stevie Wonder has won 25 Grammy Awards throughout his career, and it would be no surprise to anyone is he earned more in his lifetime. One of these awards included the Grammy Lifetime Achievement Award, which he won in 1996. He has also been awarded Lifetime Achievement Awards from the Sammy Cahn Awards, the Songwriters Hall of Fame, and the National Civil Rights Museum.

Stevie Wonder has won various other musical awards, including an Academy Award, the Polar Music Prize, and the Billboard Century Award, to name a few.

Stevie Wonder was named a United Nations Messenger of Peace in 2009.

Stevie Wonder was awarded the Presidential Medal of Freedom in 2014.

Stevie Wonder was first married to Syreeta Wright in 1970. The couple divorced in 1972. This couple did not have any children together. In 1975, Stevie Wonder had a daughter, Aisha Morris, with his then-girlfriend, Yolanda Simmons. The couple later had another child, Keita Morris. However, this couple was never married. Stevie Wonder also entered into a romantic relationship with Melody McCulley, who gave birth to a son, Mumtaz Morris, in 1983. In the later 1980’s, he had two children, Kwame and Sophia, whose mothers are unknown.

He later married Kai Millard Morris in 2001. This couple had two children together, Kailand and Mandla Kadjay Carl Stevland Morris. This marriage ended in divorce in 2012. Stevie Wonder also has two children with another girlfriend, Tomeeka Robyn Bracy, Nia and another son, whose identity is widely unknown to the public, as Stevie Wonder likes to have his privacy.