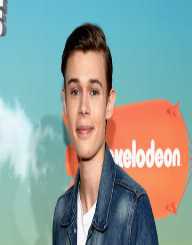 This Arian has over 200,000 subscribers on his YouTube channel. His fans speak volumes about his nature’s given talent. Benjamin  Lasnier is an intelligent guy who opted to create a new fan-base before surprising his fans with his tonal voice. He decided to take a new path in his life as an aspiring singer. But he started as an independent guy who loved to post his out and about selfies on Instagram. It was in the same process that he came up with a title Benjamin the Singer. He moved from Instagram to other online platforms such as YouTube and Twitter where he made his name. Since then Lasnier swims in the pool of success and nothing else but more success. Read further to understand more about this YouTuber’s fame.

Lasnier is loved by all, especially teens due to his trending vibes. As a starter, he used to post over 12 to 15 pictures at a go on his social media account. What’s even more surprising is that he gets between sixty to eighty thousand likes on each of them. If he hasn’t yet inched to the world of fame, then hold your breath, there is still more to come. When Benjamin gained tons of followers, it reached a point where he had to set a notification to remind him of his next post. With his smart plans, his fans loved him to the moon and back. He makes his followers feel at ease or directly attached to him. This gave birth to a pseudonym Benzilers which he created himself. Gone was the time when his fame cemented the world due to his resemblance with Justin Beiber. Whether he is with him or not, he is positioned to skyrocket all the way to the top. Above all, he rose to fame as a singer as well as writer.

On April 2, 1999, Benjamin Lasnier was born in Luxembourg, Europe but he spent his childhood days in Denmark. He has three siblings named Amanda, Marius, and Olivia. Lanier’s mother, Merete encouraged him to take advantage of the huge fan-base on Instagram. She advised him to forgo negative comments and focus on his end goal.
Early in 2013 Benjamin’s cousin, Rebekka ascertained him to try Instagram while still in Denmark. She was there to assist his cousin to set up his first account. Both were at a local restaurant where Lanier posted a funny video, and within minutes it had over fifty likes. It was here that the young lad saw an opportunity and he wasn’t going to rest till he chases his dreams. Further, he followed other celebs to keep himself in the know. His active life made him garner over seventy thousand followers in one months’ time. When he ventured into other fields such as singing, he started to post one or two photos a day. But he kept his fans calm as he knew that he had something cooking.

As a newbie, Benjamin Lasnier was known as an Instagram boy. He is now a star in all manner of ways. Lasnier has released songs like Chill with You, Reckless Love, and Love You Out Loud. He later announced that he had launched his fashion label that is known as BeLasnier Fashion Collection. Early in 2016, Benjamin received his first award from MTV Europe Music Awards.