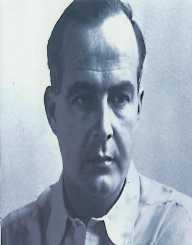 Samuel Osborne Barber II was born on March 9th, 1910. His place of birth was in West Chester, Pennsylvania. His earned his fame through his exceptional music skills. He began his composing career at a tender age. Later on, in future, he went on to become an expert in piano, opera, choral, and orchestral music. Considering his early fame in music, he enjoyed being popular for a long period to his death bed in 1981. He passed away at the age of 70.

Samuel Barber was born on March 9th, in 1910. He was the son of Samuel Le Roy Barber and Marguerite McLeod. Barber was fortunate enough as his family was affluent individuals in the society. In addition to this, they were also educated. Barber’s interest in music developed at a tender age, and it became evident that this was his fated career. He began his piano lessons when he was only six years old. By the time he was 7, he was composing his songs. His first work to be composed was called Sadness.

In the beginning, his mother wanted him to play football and leave his music aside. However, Barber expressed his feelings towards music in the form of a written letter when he was nine years old. He explained to his mother that he loved music and that football was not something that he would love to indulge into. When he was 10, he attempted to write an opera called The Rose Tree.

Just like when he was young, Samuel Barber took his career seriously when he was a teenager. During this time, he majorly focused on composing music. His teenage music career was a success because his creations were being adopted all over. His works were appreciated and performed by famed artists including Vladimir Horowitz, Raya Garbousova, Leontyne Price, Eleanor Steber, Francis Poulenc and John Browning.

At the age of 28, he released another one of his famous compositions titled Adagio for Strings. The composition was highly acclaimed, and NBC Symphony Orchestra performed it in 1938. Arturo Toscanini was the conductor during the performance by the NBC. Toscanini, being famous at the time, valued Barber’s work and termed it as simple and beautiful.

The postwar period was successful to the young, talented composer as he strengthened his ties with renowned music artists of that period. Samuel Barber was instructed to create a composition that would be played by the cello player called Raya Garbousova. This led to his composition of Cello Concerto-1945. This work would later be classified as one of his best compositions and that he regarded it as one of his favorites.

After suffering from depression caused by the death of his father and his aunt in 1947, Samuel Barber again lost his sister a few years later. This made him create another composition titled Antony and Cleopatra. He had high hopes that this composition would succeed. This composition, however, failed leading Barber to turn to alcoholism as a means of his consolation. During this time, he chose to be left in isolation. Ultimately, he gained the courage to fight for his redemption in the music world. He continued with his compositions at the late stages of his life. The third Essay -1978 became the last work that he worked on.

Samuel Barber passed away in 1981. His cause of death was cancer. At the time of his death, he was 70 years old.