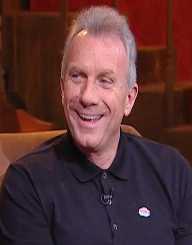 Joseph Clifford Montana Jr. was born on June 11, 1956, in New Eagle, Pennsylvania. Since early childhood, Montana was interested in sports, and his father taught him about football. He started to play youth football when he was eight years old. For him to meet the league’s minimum age requirement, his father listed him as a nine-year-old. Besides football, Montana was also interested in baseball and basketball, which was his favorite sport as a child.

Joe  Montana attended the Waverly Elementary school and afterward Finleyville Junior High and Ringgold High School. Montana was a talented basketball player and was even offered a basketball scholarship from North Carolina State University, but he turned to offer down. As a junior in high school, he started to play as a quarterback. In his senior year, Montana was recruited by Notre Dame University, Indiana.

Montana had to skip almost all of the 1976 season, due to a shoulder injury. But the following year, he led the team to national championships. One of his most memorable games was in 1979, known as the Chicken Soup Game. Notre Dame was fighting against the University of Houston in the 1979 Cotton Bowl. Montana had the flu end during the game he got hypothermic. Houston was up 20-12, and the medical staff gave Montana warm intravenous fluids, covered him in blankets and fed him chicken soup. When he got back to the field, Houston was leading 34-12. Montana led his team to three touchdowns in the last minutes of the game, and Notre Dame won 35-34.

Montana graduated from Notre Dame in 1979 and was selected by San Francisco 49ers. During his first season, Montana appeared in all regular season games, but he spent most of the season as the backup. In mid-season of 1980, he became the starting quarterback. In his 16 years of NFL, Montana was able to ensure a comeback victory in the fourth quarter of the game a total of 31 times. The 1981 season was one of the most successful seasons in his career, where the team finished with a 13-3 record. 49ers went to play into Super Bowl XVI against Cincinnati Bengals, winning the game and earning Super Bowl MVP title.

In 1984, San Francisco 49ers finished their season with a 15-1 record, becoming the first team to win 15 games in one season. The same year, 49ers played at the Super Bowl, where Montana set the Super Bowl record for most passing yards in a single game-331. The 40ers won The Dolphins, and Montana once again earned the MVP award.

In the 1985 season, 40ers again advanced to NFL playoffs, but lost to New York Giants. The following season Montana suffered from a back injury, which required surgery. He was even suggested to retire. Despite his poor prognosis, Montana got back on his feet and played in eight games of the season. In 1987 he set various records, like his career high of 31 touchdown passes in 13 games. In the 1989 season, Montana led his team to Super Bowl XXIV, where the team defeated Denver Broncos with the highest single team score in Super Bowl History- 55-10. Montana made NFL history by winning the MVP award for the third time- being the first player to win three Super Bowl MVP awards in NFL’s history.

In 1990, 49ers were looking to be the first team to win three consecutive Super Bowls, but during the final game, Montana was severely injured, and the team lost the game. Due to his elbow injury, Montana skipped entire 1991 season and a part of 1992 season. By the time Montana was again able to play, Steve Young had established himself as the starting quarterback. This led to player controversy, and Montana requested a trade.

In 2000, Montana was inducted into the Pro Football Hall of Fame. He has numerously argued to be the best quarterback in NFL history.

Aside from his career, Montana kept a low profile. He has been married for three times. His first wife was Kim Moses which he married in 1974, but the couple divorced in 1977. Afterward, Montana married Cass Castillo, but the marriage only lasted for three years. Since 1985 he has been married to Jennifer Wallace, actress, and a model, who he met while working on a Schick commercial. The couple has four children. His two sons both have played college football in Division I. Montana, and his wife currently resides in San Francisco, California where they own a 500-acre estate. He owns horses and also produces wine under his label Montagia.

In 2008 Montana sued his ex-wife Moses for auctioning his letters and other memorable and private objects from his college time at Notre Dame.