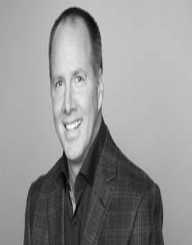 Leo Burnett was born on October 21, 1891, in St. Johns, Michigan. His father Noble used to run a dry goods store in his youth, and Leo worked with him. As a child, he used to watch his father design ads for his business. After finishing high school, Burnett went to study journalism at the University of Michigan and graduated with a Bachelor’s degree in 1914.

After graduating from college, Leo Burnett worked as a reporter for the Journal Star in Peoria, Illinois. In 1917, he moved to Detroit and began working as an editor for Cadillac Clearing House, later becoming its advertising director. Over at Cadillac, Leo met his mentor Theodore F. MacManus, who ran the agency which handled Cadillac’s advertising.

When the World War I began, Leo Burnett joined the Navy for six months. He spent most of his service at Great Lakes, where he helped in building a breakwater. After serving in the military, Burnett returned to Cadillac, where he worked for a short while. At the time, several fellow Cadillac workers formed the LaFayette Motors Company, which triggered Burnett to move to Indianapolis, where he worked for the new establishment. In Indianapolis, he was offered a job at Home McKee. Burnett spent a decade at McKee’s, working through the stock market crash of 1929. In 1930, he moved to Chicago, where he was hired by Erwin, Wasey& Company, where he worked for the next five years.

In 1935, Leo Burnett founded the Leo Burnett Company, Inc. His company was located in a suite at the Palmer House in Chicago, but soon after he moved his establishment to the London Guarantee Building. The company started out with $50,000 capital, eight employees and three clients. The agency now has more than 9,000 employees in over 85 global offices, making it one of the largest agency networks in the world. For the first years of the company, its annual income was $1 million, but by 1950, the billings increased to $22 million. The company’s income grew rapidly, and by the end of the 1950s, his company earned around $100 million annually.

Leo Burnett Company is famously known for the use of big black pencils, with the idea that “big ideas come from big pencils.” Apples have also become the symbol of the company since Burnett used to put a bowl of apples at the reception in the middle of Great Depression. This caused a lot of talks, with people rumoring that it would not be long before Burnett would sell apples on the street for a living. Burnett’s company has worked with major companies, such as Phillip Morris Co., Pillsbury, Kellogg’s, Procter & Gamble, Heinz, United Airlines, Nestle and several others. One of the most notable creations of Burnett’s has been Charlie the Tuna for Star-Kist, Pillsbury Doughboy, Toucan Sam for Kellogg’s Fruit Loops and Maytag Repairman for Maytag.

Leo Burnett used the Soft sell approach and dramatic realism to build bran equality. He believed in representing products with warmth, shared emotions and experiences. He used simple, strong and instinctive imagery which talked to people. One of his most famous creations was the Marlboro Man.

In 1918, Leo Burnett married Naomi Geddes. They met at a restaurant near the Cadillac offices, where she was a cashier. The couple had three children- Peter, Joseph, and Phoebe. Phoebe became a birder, famous for having seen and documented birds of 8,398 species.

On June 7, 1971, Leo Burnett went to his agency and announced that he would be cutting back on his working hours, working only three days per week due to some health problems. The same evening, Burnett died of a heart attack at his family farm in Lake Zurich, Illinois, at the age of 79.