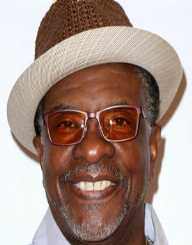 American actor and singer Keith David Williams was born on June 4, 1956, in Harlem, New York. He was raised in Corona, Queens. David’s mother Dolores worked as a manager at New York Telephone, and his father Lester was a director of payroll operations.

David dreamed of becoming an actor from an early age. He was cast to play the role of Cowardly Lion at his school production of The Wizard of Oz, after which he decided to pursue his dream. David went to study at the Manhattan School of Performing Arts and later trained at the prestigious Juilliard School Drama Division. He acquired Bachelor of Fine Arts degree from Juilliard in 1979.

After graduation, David joined The Acting Company and toured the country with John Houseman’s production A Midsummer Night’s Dream and Samuel Beckett’s Waiting for Godot. After touring with these productions for almost two years, David was cast in a role in John Carpenter’s The Thing. This marked the beginning of his on-screen career. He later appeared in another movie by Carpenter, They Live. In the 1980s, David also played in the run of Neighborhood of Make-Believe.

David has made numerous appearances in movies of all genres. He starred in films like Platoon, The Quick and the Dead, Men at Work, Stars, and Bars. David played the role of Kirby in 1995 crime thriller Dead Presidents. He has had several minor roles in movies like Armageddon, Pitch Black, The Chronicles of Riddick and many other. David has made appearances in several independent films. One of his most critically acclaimed works has been in the psychological drama Requiem for a Dream.

Besides his big-screen appearances, David has also starred on various TV shows. His first TV project was in the short-lived TV series The Job. He became a regular actor on the ABC’s show The Big House. In 2010, David continued his TV career, after being cast as Max Malini in the NBC’s TV series The Cape. His latest movie projects have included the science-fiction drama Cloud Atlas and horror film Smiley in 2012. In 2015, Davis became one of the leading actors in the Oprah Winfrey Network drama series Greenleaf.

David has been widely known for his work as a voice actor. He has voiced several projects, like the animated series Spawn and Gargoyles. He was the voice in role-playing game Fallout and Planescape: Tournament. He also provides the voice of Arbiter for the game Halo 2, the follow-up game Halo 3, Halo: The Master Chief Collection and Halo 5: Guardians.

David has worked as the narrator for several documentary films by Ken Burns. He has narrated Burns’ Jazz, Mark Twain, The War, Jackie Robinson. For his work on Burns’ The War and Unforgivable Blackness, he won the Emmy Award for Outstanding Voice-Over Performance. He also narrates the BBC documentary World War II: Behind Closed Doors. He became the narrator on the PBS documentary Ancient Refuge in the Holy Land and History Channel documentary Crusades: Crescent & the Cross. He has also worked on several projects by National Geographic.

Besides his work on numerous film, TV, and voice acting jobs, David continued to take part in stage plays. In 1992, he was nominated for a Tony Award for Best Supporting Actor in a Musical for his work in Jelly’s Last Jam. He was also critically acclaimed for his performance in Shakespeare work in New York’s Central Park.

In 2006, David appeared in the musical Hot Feet on Broadway. His next on stage performance was in the 2013 revival of August Wilsons Joe Turner’s Come and Gone in Los Angeles. In 2015, David starred as Dolomite in the play ToasT, set in the Attica Prison during its 1971 prison riot.

David has been married two times. His first marriage was to Margit Edwards in 1990. She was a drama student at Hunter College at the time. The couple had a son. Currently, David is married to the actress Dionne Lea Williams, with whom he has two daughters.

The Washington DC awarded David the Best Ensemble category award Are Film Critics Association for his work in the comedy film Barbershop. David has won two Primetime Emmy Awards for voicing the documentaries Unforgivable Blackness: The Rise and Fall of Jack Johnson and The War episode, A Necessary War.