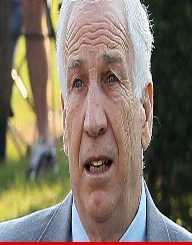 Jerry Sandusky did well academically and graduated from Washington High School. He also achieved at sport, playing basketball, baseball and football. For his tertiary education, Sandusky enrolled at Pennsylvania State University. He obtained a B.Sc physical education in 1966. He also played for Rip Engle between 1963 and 1965.

From 1966 Sandusky was employed as a graduate assistant coach at Pennsylvania State University where he worked under Joe Paterno. In 1967 he was assistant basketball and track coach at Juniata College and in 1968 he as the offensive line coach at Boston University. Then in 1969 Sandusky rejoined Pennsylvania State University and was appointed as an assistant coach. During his time there he was defensive coach line (1969-1977) and later defensive coordinator. He was a successful coach, and during his time at State Penn, ten first-team All-Americans emerged.

Sandusky retired in 1999 with the status of emeritus which allowed him special privileges which included free access to recreational facilities at the university.

During his retirement, Jerry Sandusky focused on summer football camps and charities. The Second Mile charity as investigated by the Attorney General’s office. The foundation was subpoenaed to provide records of boys assisted through the programme as well as other documents relating to Sandusky’s expenses. It was discovered that there were no records available for 2000-2003. He retired from The Second Mile in September 2010. On the 25 May 2012, it was announced by The Second Mile charity that they intended closing their programmes down and moving assets to a fund in Texas.

Sandusky was charged with forty counts of molesting eights boy between 1994 and 2009. He was arrested on the 5 November 2011 and released on bail of $100,000. Then on the 30 November 2011, a new accuser filed the first lawsuit against Penn State College, The Second Mile, and Sandusky. On the 7 December 2011, the Pennsylvania Attorney General’s office and the state police arrested Sandusky a second time, charging him with twelve further counts of another two boys. Sandusky posted bail the following day.

Sandusky’s trial began with jury selection on the 5 June 2012; opening arguments commenced on 11 June 2012, and jury deliberations began on the 21 June 2012.

On the day the jury began deliberations at Sandusky’s trial, his adopted son Matt Sandusky released a statement saying that his father had sexually molested him when he was a boy.

In October 2012 Sandusky was sentenced to between thirty and sixty years in prison for child sex abuse. His attorney said at the time that it was the equivalent of a life sentence.

The investigation into Sandusky’s sexual abuse of boys discovered that in February 2001 Mike McQueary, a graduate assistant, had reported seeing Sandusky rape ten-year-old boy in the shower on the campus in the football locker room. On the 6 November 2011 Joe Paterno (the head coach of the Penn State Nittany Lions from (1966-2011) acknowledged that McQueary had told him about the abuse.

He qualified the statement by saying that details of specific actions contained the grand jury report had no being told to him. Three days later Paterno announced his retirement. The university’s board of trustees then fired Paterno and Graham Spanier, the university president. On the 18 November 2011, it was published by his family that Paterno had been diagnosed with lung cancer. Paterno died of lung cancer in 2012, aged eighty-five.

Jerry Sandusky had founded The Second Mile in 1977. The charity which focused on programmes to assist underprivileged and at-risk children which had won praise from President George H. W. Bush in 1990. Sandusky also won an Angels in Adoption Award in 2002.

Sandusky published his autobiography Touched: The Jerry Sandusky Story in 2000.

Dorothy Gross maintained throughout his trial that she believed her husband was innocent.