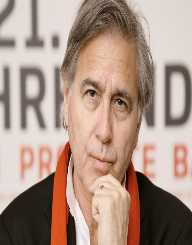 Architect Bernard Tschumi was born in Lausanne, Switzerland in 1944. His father Jean Tschumi (1904-1962) was a professor of architecture and an architect in the Modern Movement. Tschumi is a dual Swiss-French national and divides his time between Paris and New York.

Bernard Tschumi graduated from Swiss Federal Institute of Technology (ETH) in Zurich in 1969.

Bernard Tschumi started out his career teaching at the Architectural Association of London, then at Princeton and Cooper Union. He was Dean of the Graduate School of Architecture at Columbia University in New York City between 1988 and 2003.

Tschumi is known for his involvement and promotion of deconstructionist architecture. Early in his career he concentrated on architectural criticism and various problems in design and produced some essays. These included Milestones (1978), The Manhattan Transcripts (1981) and Architecture and Disjunction (1994).

Bernard Tschumi won a competition for his plan for the Parc du XX Siecle at Villette, Paris in 1983. The project was completed in 1998. The Parc stands as one of the most critical deconstructionist projects. It is situated on 55.5 hectares of Paris on the north-eastern side of the city and contains many cultural venues including the City of Science and Industry, a large museum dedicated to science; three concert venues and the Conservatoire de Paris.

Urban planning issues are also the focus of his work. He has worked on a number of projects including the National Contemporary Art Centre in Lille (1998), the Alfred Lerner Hall at Columbia University, New York (1999), the Faculty of Architecture at Marne-la-Vallee (2001, FIU School of Architecture, Florida International University, Miami, Florida (2003), headquarters of Vacheron Constantin, Geneva (2005), the Limoges Concert Hall (2007) and the Blue Condominium, New York (2006). The Blue Condominium is also called the Blue Tower. It was his first high-rise and residential structure and is located at 105 Norfolk Street in New York City. Finished projects also include the Museum of the Acropolis, Athens (2009).