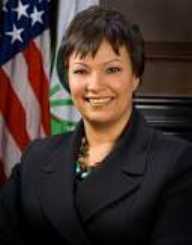 Many writers have told of the American dream, and many have described it briefly as rising in the world. Of using your strength to change the circumstances that you live in for the better. Arguably, Lisa Perez Jackson had and is still having, a taste of this journey. An adopted child, she showed great results at school. These results allowed her to heed her ambitions and energetically strive for them. Not only did she manage to receive recognition for her academic skills, but she also applied them in a highly respectable career. To top it off, she became yet another “first” as an African-American in the United States.

Born on February 8, 1962, as an orphan in Philadelphia, Lisa Perez Jackson did not have the easiest of child years. She was adopted two weeks after birth by Benjamin and Marie Perez and spent her childhood in New Orleans. During her early years, she became sensitive to the social and economic differences between people. This certainly sharpened her appreciation towards the social issues surrounding her and troubling the United States.

Lisa Perez Jackson first graduated St. Mary's Dominican High School in New Orleans. Later she pursued her interests in chemistry and 1983; she acquired a B.S. in chemical engineering from Tulane University. From an early age, she showed great academic prowess and a passion for studies. Her skills won her a scholarship for her Bachelor’s degree. She then applied for Princeton University to pursue an M.S. with the same major. In 1986, she acquired her second higher education degree.

The Superfund Program and Onset of Career

A year after graduation with an M.S., Lisa began taking an interest in environmental issues. Eventually, in 1987, she found a job in the United States Environmental Protection Agency(EPA) under the so-called Superfund program. The latter dealt with the clean-up of hazardous industrial sites, and this job quickly let her apply her talents. Her outstanding work in highly-paid projects of the EPA gave her opportunities to rise in her career at the organization. In 2002 she became director of the so-called enforcement division of New Jersey’s department for environmental protection (DEP). Just four years later, she became the commissioner of the DEP. She was an outspoken enemy of pollution and animal cruelty. Her activity as head of the department quickly boosted her media image.

What followed in her career was probably not something many thought of. Then again, America elected her first black president. And it was precisely under Barrack Obama that Lisa Perez Jackson was chosen as Administrator of the Environmental Protection Agency, becoming the first African-American to do so, in early 2009. As such, she continued to work in the area of pollution reduction and the fight with the global warming. Apart from that, though, she did not forget the sensitivity that her childhood taught her towards the social injustice.

Lisa kept defending the rights of the poor and those in a troublesome state. She did not have consistent success on environmental issues, though, with some of her proposed regulations not reaching a voting majority in the Senate. After four years on the position, following a difference in opinion with the Obama administration on a specific Keystone pipeline project, she stepped down.

Despite her dynamic life and ambitious career, Lisa Perez Jackson is a mother of two children, Marcus and Brian. She married Kenneth Jackson, with whom they live in East Windsor, New Jersey. The Hurricane Katrina forced Lisa to move from New Orleans.

Taking into account her knowledge in the areas, Lisa Perez Jackson was chosen as vice president of environment, policy, and social initiatives at Apple. She works as such till this day, and she is enjoying a high-ranking and respectable position in the company.