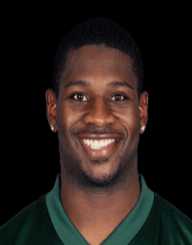 LaDainian Tomlinson was born on June 23rd, in 1979. He is a renowned American football player who played the position of a running back for about eleven seasons. He earned high acclaim while playing for the San Diego Chargers.

Here, he played for about eight seasons, beginning in 2001 to 2009. Apart from winning two consecutive rushing titles first in 2006 and later in 2007, Tomlinson was chosen to five Pro Bowls.

LaDainian Tomlinson was born on June 23rd, in 1979. His birthplace was in Rosebud, Texas. He was the son of Oliver and Loreane Chappelle Tomlinson. Tomlinson was raised by his mother as his father left the family when he was aged seven.

Tomlinson’s mother was a professional preacher. His interest in football was evident right from the beginning. As a result, he began playing football when he enrolled with Pop Warner Little Scholars. At the time, Tomlinson was only nine years old.

Similarly, he also ran track. In spite of his active profile on the pitch, he showed a stronger interest in football. First, he began playing as a linebacker. However, he sooner or later realized that he performed well while playing offensively.

With Tomlinson’s exceptional performance on the pitch, he was offered an athletic scholarship to join the Texas Christian University. At the university, he began playing for the school’s football team called the TCU Home Frogs.

LaDainian Tomlinson played for this team for about three years from 1997 to 2000. Tomlinson contributed greatly to the success of his team in 1998. During this period, the TCU Home Frogs managed to reach the finals winning their first bowl in 41 years. Later, in 2005, Tomlinson graduated from the Texas Christian University with a degree in communications.

LaDainian Tomlinson was part of those that were selected by San Diego Chargers during the 2001 NFL draft. He was the fifth pick of the team. After being selected for the Chargers, Tomlinson began playing as a running back.

His impact was immediate as he contributed a lot to the success of his team. For the first seven seasons that he played with the team, he rushed for over 1,200 yards while making over 50 receptions.

LaDainian Tomlinson as released from the Chargers in 2010. To this point, he had played for nine seasons. Some injuries alongside his declining age had affected his performance. However, it did not take time before signing up with the New York Jets in March 2010. Two years later, he retired from professional football.

LaDainian Tomlinson wedded LaTorsha Oakley in 2003. Both of them were alumni students at TCU. They were blessed with two children in their marriage.