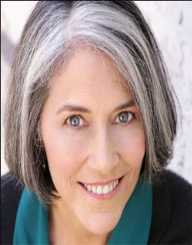 Carol Potter was born on May 21, 1948. She is an American actress. She is renowned for her appearance in Beverly Hills, 90210. She is currently Seventy years of age.

Carol Potter was born on May 21, 1948, in New York City, New York. She attained her high school studies at Tenafly in New Jersey. She later enrolled to the Radcliffe College to study Social Relations. She then graduated with a Bachelor of Arts in Social Relations.

In 1977, Carol Potter started her career by appearing in the play ‘Gemini’ which initiated her Broadway Debut. She also appeared in the film ‘The Doctors’ as Betsy Match. In 1978, she appeared in ‘Annie Flynn.’ In 1979, she featured in the film ‘One Life to Live’ as Beverly Wilkes.

In 1996, she also made an appearance playing the same role in ‘Beverly Hills, 90210’ and as Cynthia in ‘Tiger Heart.’ In 1997, she appeared in an episode of the series ‘The Burning Zone’ as Mrs. Mason and in ‘Sunset Beach’ as Joan Cummings a role she played until 1999.