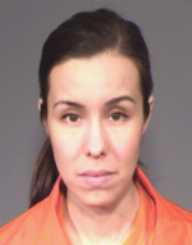 Jodi Arias is an American citizen who was found guilty of first-degree murder in 2008. Arias had claimed that she had committed the act in self-defense a claim that was later refuted by her prosecutors.

Jodi Arias was born in Salinas on 9th July 1980. She had lived a quiet life before hitting the headlines after her gruesome murder of her boyfriend. Travis Alexander was a motivational speaker who worked as a salesman of insurance. It was during his line of duty when he met Arias.

The two met in Las Vegas in 2006 at a conference where Alexander was delivering a motivational speech. Alexander was a resident of Arizona while Arias lived in Palm Desert. The two had a romantic relationship which later led to marriage.

After just five months in marriage, the two separated but still saw each frequently to satisfy their sexual desires.

Alexander's friends visited him in his house after five days of his disappearance. They found his body lying in the bathroom.

The body had a gunshot wound, and his throat had been slit wide. The investigation later revealed that the body had been lying there for five days before it was found. Jodi Arias being the first person of interest became a subject of multiple investigations.

Jodi Arias was put behind bars on 9th July 2008. She pleaded not guilty of committing the crime despite her DNA found in Alexander's lifeless body.

Her narrative later changed. She claimed that they had been attacked by unknown masked people who killed her husband.

Arias claimed that she feared to report the matter to the police since the attackers threatened to come for them if she reported the case.

Jodi Arias was found guilty of first-degree murder by the jury on 8th May 2013. The judge however set a mistrial on whether she deserved a death penalty. During her mistrial, her defense tried to portray her as a psychologically disturbed woman who was under physical and emotional abuse from her husband.

The final decision on whether Jodi Arias would face a death sentence came on April 13th, 2015. She received a life sentence. She is serving her jail term in Arizona State Prison Complex-Perryville.