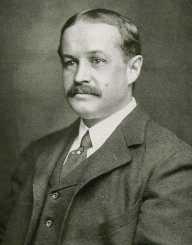 John B. Thayer was an American billionaire and executive director of the Pennsylvania Railroad Company. He perished in the sinking of the maritime vessel Titanic in the Atlantic Ocean.

John Borland Thayer was born on April 21, 1862, in Philadelphia. He grew up in Philadelphia and studied in the local elementary schools before joining the University of Pennsylvania. A bright student from a wealthy family, he also excelled in sports. He captained his college cricket team and was versed in baseball. His cricket exploits took him to England in 1884 after a series of high profile competitions in the domestic competition. He graduated from college in 1881and joined the railroad industry.

Upon graduation, he got employed at the Pennsylvania Railroad Company as an entry clerk. After a year and a half, he moved to the cargo department. In 1888, he became the freight manager of the United Railroads. In May of 1892, he returned to the Pennsylvania Railroad Company. He became the cargo division agent heading the Northern Central region of the US and based in Baltimore. In two years, he rose to the post of assistant cargo manager based in Philadelphia. His star shone again in May 1899. Thayer became the cargo manager of the entire Northern Central region. The region comprised Philadelphia, Baltimore, and West of Jersey.

As the director of the company, he managed the area east of the city of Pittsburg. The region stretched to include the whole of the New York State. Apart from the railroad company, Thayer served in other boards of high ranking companies. At the Eric & Western Transport Union company, he doubled as the director and president of the organization. With a passion for sports, he served in sports association management boards and membership clubs. The organizations included the Union Club of New York, Philadelphia Club, and the Union League. Others were the Metropolitan Club of Washington DC, the New York State Chamber of Commerce, and the New York Railroad Club.

Thayer and part of his family spent some months in Berlin Germany in early 1912. They were visiting on the invitation of the US envoy in Germany. On April 10, 1912, he boarded the RMS Titanic with his wife and one of his sons who had accompanied them in the trip on a first class ticket. This was the maiden sea voyage of the biggest luxurious liner at the time. The Titanic was then, the masterpiece of the maritime vessels ingenuity. The maritime engineers who built it perfected the art of safety and luxury. Four days into the voyage from England to the US, the vessel collided with an iceberg on April 14. As first class passengers, Thayer and his family got the priority of getting the initial lifeboats to safety. Most of the passengers never hurried to safety as they never envisaged the magnitude of the damage on the ship. When Thayer inquired from the ship’s designer, Thomas Andrews confirmed the bad news. The ship was sinking. Thayer refused to board the lifeboats but instead had his wife; maid and son get to safety first. His son managed to survive the ordeal. He became one of the few survivors to narrate the events of the ill-fated ship.

Thayer remained on board the sinking ship. He rushed to the stern of the deck like most of the passengers. He stayed close to his friends Harry Widener, George Widener, and Charles Williams. According to Colonel Gracie, Thayer looked resigned pondering his fate. Gracie left him to check on other passengers. On returning back to the stern, Thayer and his friends were gone.

To date, his fate remains presumption of death at sea. His body never resurfaced to be retrieved. If ever it was, then it was never positively identified. His wife and son drifted at sea until rescue teams arrived to take them to safety.

John Thayer married Marian Longstreth Morris on November 9, 1893, in the state of Philadelphia. Thayer fathered four children with Marian. Their firstborn son John Borland Thayer III, born in 1894, survived the ill-fated voyage on board the Titanic. The others were Frederick Morris born in 1896, Margaret born in 1898, and the last born Pauline born in 1901.

On learning of his death, the staff of the Pennsylvania Railroad Company eulogized and mourned his death. They remembered his contribution to the organization for the 30 years he worked in the various positions. Most of the speakers at the memorial spoke of his friendliness to all workers despite being a senior director. They remembered him for the expansion of the cargo department and establishing other routes and connections to create one of America’s biggest freight carrying Railroad Company.

Like most of the passengers on board, Thayer took long to believe that they were actually sinking. He suffered the consequences of staying back.