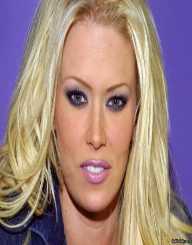 Jenna Jameson was born on April 9, 1974, in Las Vegas, Nevada, USA. She is also known by her stage name Jennasis. Her parents are Judith and Lawrence Massoli. Sadly, Jameson’s mother died in 1976, so she was primarily raised by her father for must of her life. She also has a brother named Tony Massoli.

Life for Jenna Jameson as a teenager was tough. Her family was deeply in debt, which made things hard on the family. For a while, Jameson could stay distracted by her talents as a ballerina (a talent she frequently won contests with), but she eventually stopped practicing the dancing.

As a teenager, Jenna Jameson also began using drugs, which made her life even more difficult and complicated. She ended up moving out of her family’s home when she was only 16 years old so she could live with her boyfriend.

When Jenna Jameson was only 17, she made a fake ID for herself so she could take up a job as an exotic dancer at a local establishment. While there, she was spotted by a Penthouse scout. Soon after this, Jameson moved off of the stage and in front of the camera.

Jenna Jameson is not only famous for her videos, but also for her writing. She has written both nonfiction and romance books. She has published three romance books, in her Fate series (co-written with Hope Tarr). These books include Sugar, Spice, and Honey.

Another one of her series is her “Jenna Tales,” which are co-written by M. Catherine Oliver Smith. These books include Lip Service, Something Blue, and Something Borrowed.