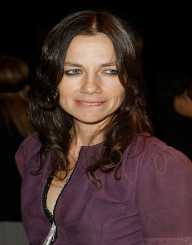 Justine Tanya Bateman was born on February 19, 1966, in Rye, New York, the United States to Victoria Elizabeth and Kent Bateman. Her mother Victoria was a former flight attendant for Pan Am and was initially from the United Kingdom. Her father Kent was a film producer. Her younger brother Jason Bateman later became an acclaimed actor, director, and producer. She performed as a child artist in many plays and started appearing in commercials from the age of 15. Justine and Jason were devastated when their parents announced that they were going to get divorced after 23 years of marriage.

Justine Bateman completed her high school graduation from Taft Charter High School in Woodland Hills, California, in 1984. She could not continue her college education due to a contractual obligation with Paramount Studios and later enrolled at UCLA in 2011 to pursue a degree in computer science. She earned her degree in 2016 from UCLA.

In 1982, while still in high school, Justine Bateman played the role of superficial Mallory Keaton on the television sitcom ‘Family Ties.’ The show became highly successful, and she continued her role throughout the run of the show until the conclusion of the show in 1989. She was nominated for two Emmy Awards and a Golden Globe Award for her portrayal of the character of Mallory Keaton in ‘Family Ties.’ Later in 1996, she revealed the fact that during the shooting of ‘Family Ties,’ she was regularly troubled by bulimia, anorexia and compulsive overeating. To overcome her eating disorders, she underwent a 12-step program aimed at curing eating disorders.

In 1984, Justine Bateman starred in the episode ‘Mookie and Pookie’ of the television series ‘Tales from the Darkside.’ In 1988, Bateman anchored an episode of Saturday Night Live during its 13th season. She bagged the lead role in the movie ‘Satisfaction’ in 1988. The film was about an all-girl musical band starring Julia Roberts and Liam Neeson besides Bateman as the lead vocalist. She performed the vocals on the soundtrack. However, the film fared poorly, and Bateman’s singing faced harsh criticism.

Continuing her association with television, Bateman co-starred in the 1996-97 NBC sitcom version of the British TV comedy ‘Men Behaving Badly’ also featuring Rob Schneider and Ron Eldard. She also appeared in the 2003 Showtime mini-series, ‘Out of Order.’

Apart from acting in television and motion pictures, Justine Bateman has acted in several web series. Prominent among these web series are Illeana Douglas’ IKEA-sponsored ‘Easy to Assemble’ (She was among the winners of the Streamy Awards for Best Ensemble Cast and was nominated for a Streamy Award for Best Actress in a Comedy Web-Series), John August's ‘Remnants’ and Anthony Zuiker's digi-novel series ‘Level 26: Dark Prophecy’. She performed in Theatres like David Mamet's ‘Speed the Plow’ (Williamstown Theater Fest), Frank Wedekind's ‘Lulu’ (Berkeley Rep) and Arthur Miller's ‘The Crucible’ (Roundabout Theater).

Justine Bateman successfully produced the Speechless campaign in support of the Writers Guild of America strike during the fall of 2007. She started a digital production company in the name of FM78.tv. She soon replaced FM78 with a production and consulting company SECTION 5. Justine found the experience utterly demanding and became a most sought-after authority in the digital production market catering to the needs of various panels including The Cannes Lion Int'l Ad Festival, Digital Hollywood, NATPE, etc. She served as a producer in the film shorts ‘Z’ and ‘FIVE MINUTES’ as well as in ‘Easy to Assemble.’

Embarking on a journey as a writer, Justine Bateman wrote the script of her directorial debut ‘Five Minutes.’ The film premiered at the Toronto International Film Festival in 2017. In 2008, she wrote an episode of the sitcom ‘Wizards of Waverly Place’ and sold the script to the sitcom’s producer Disney. She co-wrote an adaptation of Lisi Harrison's teenage book series, ‘The Clique.’ The script was used in a Warner Bros. internet series. Bateman wrote her first book ‘FAME,’ non-fiction about the life cycle of fame which is due to be published in 2018 by Akashic Books.

Justine Bateman also made her presence felt in the field of Internet Talk Show and contributed by co-presenting and co-producing ‘Wake Up and Get Real’ along with fashion maven Kelly Cutrone. In July 2009, she resigned from the National Board of Directors of the Screen Actors Guild after serving the post just before completing her opening three-year term.

Justine Bateman is a dedicated advocate for net neutrality, and in 2008 she testified before the United States Senate Commerce Committee in support of the same.

Justine Bateman is fiercely independent and infamous for her habit of chain-smoking. Her breakup with her three-year-long boyfriend, sound mixer Bobby Anderson, left her shattered. Post her bitter break-up; it seemed as if Justine Bateman was on a path of self-destruction. However, she managed to pull herself together and then got romantically involved with Leif Garrett from 1988 to 1990. She married Mark Fluent, a real estate developer in January 2001. The couple is blessed with a son, Duke, and a daughter, Olivia. Apart from being a certified scuba diver, Bateman is a licensed pilot of single-engine airplanes.