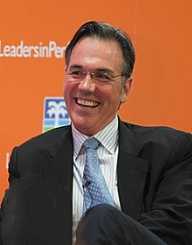 William Lamar Beane III was born on 29th March 1962. He was born in Orlando, Florida, in the United States. Beane came from a military family, and his father was a naval officer. Beane's father taught him how to pitch so he could play baseball.

Beane studied at Mt. Carmel High School, situated in San Diego. He was outstanding in sport and played basketball, baseball, and football.

In 1980, the New York Mets drafted Beane on the 23rd pick. They assigned him to the Little Falls Mets who played in Class A, New York-Penn League.

Beane floundered in his first season, but the club promoted him in 1981 to the Lynchburg Mets. In 1982, they promoted Beane again, this time to the Jackson Mets in the Class AA Texas League.

After two years in Jackson, the Mets promoted Beane to the MLB. In 1984, he played five games for the New York Mets.

In 1985 he played mostly with the Tidewater Tides, but he received a call-up for eight games with the Mets. At the end of the season, the Mets traded Beane as one of several players to the Minnesota Twins.

The Twins wanted Beane in the starting line-up, but he had injuries and wasn't playing to his potential. In 1986, he played 80 games. In 1987, Beane played with one of the Twins' affiliates, and he played 12 games for the Twins.

They traded Beane in 1988 to the Detroit Tigers, and he played six games that season. Beane became a free agent at the end of the 1988 season. In 1989 and 1990 Beane played with the Oakland Athletics but spent most of his time in the minor league.

Beane tired of the minor league, and he asked the General Manager of the Athletics to become an Advance Scout. Beane worked in the position until 1993, and he then received a promotion to Assistant General Manager.

The Athletics performed very well under Beane's leadership. The reached the playoffs four years in a row. In 2006, they won their first playoff series.

In 2002, the Boston Red Sox tried to poach Beane by offering him $12.5 million. They wanted him as their General Manager, but Beane turned them down.

Beane had his contract extended until 2012, and then again until 2019. In 2015, he accepted a promotion to Executive Vice President of Baseball Operations.

The Athletics owners purchased a major league soccer club. Beane worked with them to come up with a cost-effective team the same as he has done for the Athletics.

In 2007, Beane joined the board of directors of the software company NetSuite.

AZ Alkmaar, another football club, hired Beane in 2015 as an advisor.

In 2017, Beane was part of a consortium that bought an English football club called Barnsley Football Club.

Moneyball the Book and Movie

Michael Lewis wrote a book called Moneyball: The Art of Winning an Unfair Game in 2003. Beane was the subject of the book. Lewis wrote about the methods Beane used in running the Athletics.

Beane's tools included sabermetric principles, taught to him by his predecessor. The method allowed him to run a cost-effective club.

The book became a movie in 2011, called Moneyball.

He was also a World Series Champion in 1989.

Beane married twice, with his second marriage in 1999 to Tara. He has three children – one from his first marriage, and twins with his current wife.