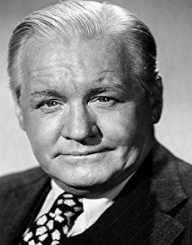 Mason Cooke Andrews was born on April 19, 1919, in Norfolk, Virginia, United States. He completed his schooling from Maury High School. In 1940, he completed his graduation in chemistry from Princeton University. Andrews acquired his masters from John Hopkins University in 1943 specializing in Obstetrics and Gynecology. He later taught these two subjects at John Hopkins University and Eastern Virginia Medical School (EVMS). In 1950, he started a successful private practice as an Obstetrician and Gynaecologist.

Mason Andrews was famous for his community service. He was wholly dedicated to the development and welfare of the people residing in Norfolk. He was the member of the Norfolk Chamber of Commerce and the Health Welfare and Recreation Planning Council. He was instrumental in providing high-quality community service as the twin member of these organizations. Acting as the President of the Norfolk County Medical Society, he appointed a bipartisan committee to study the necessity for a medical school in the area. The committee submitted its report to the Virginia General Assembly convincing it to give its ascent in this regard.

Consequently, the Eastern Virginia Medical Center Authority was formed in 1964 for overseeing the preparation of developing the proposed medical school. Mason Andrews was rightfully appointed as the Chairman of the Authority, a post he held till 1970. The Medical Centre complex was built in an area once dominated by slums. The Medical Complex with its elaborate planning housed the Eastern Virginia Medical School, Norfolk General Hospital, Children’s Hospital of the King’s daughters, Medical Tower, Norfolk Public Health Department and the Tidewater Rehabilitation Institute.

Mason Andrews assumed the Chairmanship of the Department of Obstetrics and Gynecology at EVMS. He invited and brought the team of infertility specialist Dr. Howard and Dr. Georgeanna Jones to Norfolk. With the combined effort of these three including Andrews, they were successful in giving birth to the first baby of the United States conceived by the process of In-Vitro Fertilization.

Elizabeth Carr was the first so-called ‘test tube baby’ of the United States and 15th in the World delivered on December 28, 1981, at the Eastern Virginia Medical School. With this success, the Jones Institute for Reproductive Medicine was founded in 1983. During this time, Andrews and his mates faced a lot of opposition, and bureaucratic red-tapism was one major obstacle to the completion of their vision. However, Mason’s excellent understanding of public issues helped them overcome the obstacles smoothly and ultimately establish the Jones Institute for Reproductive Medicine.


Mason Andrews served on the Norfolk City Council for 26 years (1974-2000) and was Mayor of his hometown from 1992 to 1994. He brought the developer of the Baltimore Inner Harbor, James Rouse for designing the Waterside Festival Marketplace to be built renovating the Norfolk downtown waterfront. He was credited with the opening of waterside as well as Town Point Park. He was also instrumental in establishing the multi-million dollar MacArthur Center mall. Though considered to be a risky investment, MacArthur Center was able to generate millions of dollars in direct tax revenue for further development of the city. He also promoted the Tidewater Community College of the Norfolk campus.

Mason Andrews, during his association with EVMS, had attended the birth of about 5000 babies in Norfolk. The highpoint of his career materialized when he delivered Elizabeth Carr, the first test tube baby of the United States conceived by applying the process of in-vitro fertilization. The successful reproduction opened up a new horizon for the infertile couples with a new ray of hope all around. Besides this scientific achievement, he was seen as a man behind all the development activities of his hometown. Under his stewardship, the town of Norfolk went through an all-round development.

Mason Andrews married Sabine Alston Goodman and spent the next 57 years together. The couple is blessed with two daughters, Jean and Mason. Elizabeth Carr considered to be another baby of Andrews, grew up in his lap. Later, she became a Newspaper reporter in Augusta, Maine and also worked for boston.com. They kept in touch with each other.

Andrews breathed his last on 13 October 2006, after being admitted to hospital for treatment of pulmonary fibrosis.