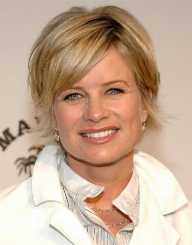 Genie Francis was born on May 26th, in 1962. She is famous for being an American actress. Francis rose to fame for the role she played in General Hospital.

Genie Francis was born on May 26th, in 1962. Her place of birth was in Englewood, New Jersey. She was the daughter of Rosemary Daley and Ivor Francis. Her father was also a professional actor. Her mother was a model and an actress.

Genie Francis acting career took off in 1976. During this time she featured in the TV series called Family. The following year, she landed on a recurring role that would bring her to the limelight in her acting career. She played the role of Laura Spencer in the TV series called General Hospital. Her role in the TV soap opera earned her enormous acclaim. As a couple in the hit show, Laura Webber wedded Luke Spencer in November 1981. The episode generated over 30 million viewers making it the highest rated episode in the history of soap operas.

Shortly after, Genie Francis quit her role in the TV series and went out to try her luck with prime-time TV. In 1981, she co-hosted Fridays and made a guest appearance at the show. The following year, she featured in Fantasy Island as Christa Ackland. She only appeared on the show for one episode.

In 1988, Genie Francis tied the knot to Jonathan Frakes, an actor, and a director. The two have been blessed with two children.