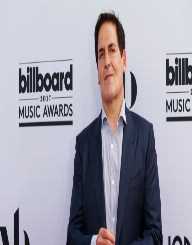 Mark Cuban was born on July 31st, in 1958. His place of birth was in Pittsburgh, Pennsylvania. As a famous businessman with good entrepreneurial skills, he has ventured into some successful businesses. At the beginning of his career, he made fortunes out of selling his business startups such as Broadcast.com and MicroSolutions during the 90s. Afterward, he became the owner of Dallas Mavericks basketball team. Part of his career success also lies in film and TV. He is a common figure in the investment TV show Shark Tank.

Mark Cuban, is a renowned businessman and an entrepreneur who was born on July 31st, 1958. Cuban’s father, Norton Cuban majorly dealt in automobile upholsterer. While Cuban was still young, he portrayed his abilities to shape his career path. During this time, he used to save up for the shoes he was interested in by selling garbage bags. Later on, while studying Mount Lebanon High School, he found ways of earning extra income either through his coin salesmanship or by becoming a stamp. Cuban attended University of Pittsburg for a short period before transferring to Indiana University. In 1981, he graduated from the university with his degree in business administration.

Shortly after his graduation from the Indiana University, Mark Cuban migrated back to Pittsburgh where he got his first employment at the Mellon Bank. The company was shifting from their conventional way of doing things and that they were adopting computers into the organization. As a result, Cuban made a point of studying more about computer machines and networking. Nonetheless, he did not spend much time in Pittsburgh as he later shifted again to Dallas.

While in Dallas, Mark Cuban began selling software in one of the companies that he had landed a job in. With the help of his creative mind, he managed to establish his consulting organization MicroSolutions. He did not stop just there; he used his business skills to build a company that would be profitable. After his, he marketed and sold MicroSolutions for $6 million to CompuServe.

Mark Cuban continued to dig in deeper and make the best out of his entrepreneurial brilliance. Realizing the potentiality of the internet in the coming years, he paired with his business partner and a former Indiana alumnus, Todd Wagner. Together they established AudioNet-1995. The main idea that contributed to the establishment of AudioNet was to ensure that it was possible to listen to Indiana Hoosier basketball games over the internet. At first, the company was criticized, but ultimately it emerged to be a major success. They renamed it Broadcast.com. After going public in 1998, its stock share stood at $200 for each share. After a year of working on ensuring the success of the company, the partners sold it to Yahoo for approximately $6 billion.

Mark Cuban investment ideas in startups was also evidenced in the move he made in the year 2000. He went ahead and bought Dallas Mavericks basketball team for $285 million. He bought the basketball team from Ross Perot Jr. After taking over the team, he brought a change of culture to the team by first building a new stadium.

Cuban also found it wise to pamper players to enhance their performance. Fortunately, his efforts paid off as the team responded positively to the passion he showed towards the game and the desired success for the Dallas Mavericks team. A year later after acquiring the team, it qualified for the playoffs in 2001, something that had taken years for the team to achieve. After striving to succeed for a few years, the team reached NBA finals in 2006. Unfortunately, they lost to the Miami Heat. They kept struggling and won in 2011 after beating Miami Heat.

After a period of heated controversies in Cuban’s career, Cuban joined the ABC show Shark Tank. The TV show was in its third season when he joined them in 2012. According to 2016 records, Cuban had already invested in approximately 82 deals out of the 109 episodes on the show. The total amount of investment he had made therefore amounted to about $19.4 million.

Cuban’s personality brought a change in Shark Tank as its ratings went higher after joining. In addition to this, with Cuban being part of the leading roles of the show, Shark Tank has won Primetime Emmy Awards twice. They did this consecutively in 2014 and 2015.