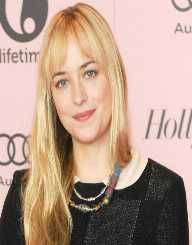 Melanie Griffith has been acting for many years including her childhood. Her relationships off screen are just a part of her life as a celebrity.

Melanie Griffith, daughter of actors Peter Griffith and Tippi Hedren, was born on August 9, 1957, in New York City, New York. Her parents divorced when she was four years old. So she was familiar with moving between her father's home in New York and her mother's home in Hollywood. She spent most of her time, however, with her mother and her second husband. During that time, her mother was the star of the Alfred Hitchcock horror-thriller The Birds. While Griffith was growing up, she still went to school. Ultimately graduated from the Hollywood Professional School in 1973.

Melanie Griffith has been in front of the camera for decades. Her first start was in a commercial at the age of nine months. She honed her acting skills as a child actor in films as early as 1969 in “Smith”. She was also a model. However, it was more for earning money after she moved out of her mother's house rather than enjoyment.

Melanie’s career started taking off more in the 1980s. She had an accident on the set of Roar in 1981 that almost ended her career. But, she went on to significant roles in films like Body Double, Something Wild, and Working Girl. These works even resulted in acclaim as a new actress despite her years working outside of the mainstream film industry.

Griffith's acting career also took her to the stage. In 1999, Melanie Griffith performed in “Vagina Monologues” in London. On Broadway in 2003, she portrayed Roxie Hart in the revival of “Chicago.”

Outside of her acting career, Melanie Griffith found time for romance, children, and family. She had an early marriage to actor Don Johnson whom she started dating when she was 14. They divorced after six months of marriage.

Griffith married again to actor Steven Bauer in 1982. Together they had a son Alexander Bauer. Their marriage lasted five years before they divorced.

Griffith and Johnson remarried in 1988. Their daughter Dakota Johnson was born during this time. Even though that marriage lasted only six years, they have continued to see each other. They are often together as they support the acting career of their daughter. She already has her career in major films including the Fifty Shades of Grey trilogy.

Griffith's longest marriage was to Antonio Banderas, the Hollywood superstar originally from Spain. They were married from 1996 to 2014 and had a daughter, Stella del Carmen Banderas.

Melanie Griffth continues to act and works on staying healthy despite her struggles with drugs and alcohol.

In 2002, Melanie Griffith and her then-husband Antonio Banderas were honored with the Stella Adler Award for their extensive charity work. Some of the charities and foundations that she has supported include AIDS LIFE, Children's Hospital Los Angeles, Oceana, The Humane Society and UNICEF.

With four divorces from three different men, there were reasons why the relationships didn't work out. When Melanie Griffith first married Don Johnson, they were not emotionally ready. At the same time, they were living a life of addiction to drugs and alcohol. Even though Griffith sobered up by the time she married Steven Bauer, she went back to abusing cocaine. She entered rehab after filming wrapped up for Working Girl. Even after she reunited with Johnson, there were troubles with alcoholism. Media reports infidelity and jealousy in many of Griffith's relationships.