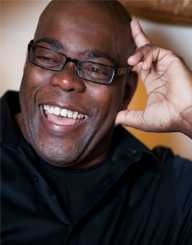 Lesra Martin is an American Canadian lawyer and motivational speaker. He rose to fame after he successfully appealed a conviction for the release of Rubin Carter, a boxer who was wrongly convicted.

Lesra Martin was born on April 11, 1963. His parents Earl and Alma Martin were middle-class workers. He was initially raised in Queens. Martin was the part of a middle-income family until his father suffered a life-threatening accident. Martin moved to the inner city of Bedford-Stuyvesant due to financial constraints. He started working in the local grocery stores to help meet the family financial expenses.

Martin did not finish his high school. He was semi-illiterate when he became a teenager. In July 1979 he met a group of Canadians on a New York subway station. They engaged for a while and Martin impressed them with his resolve in life. The Canadians returned to Ontario. At the end of 1979, they invited Martin to visit Canada. He went to Ontario and started a new life. His aim was to better his life and get his family out of the violent environment.

He went back to school and finished his high school program in 1983. Martin enrolled at the University of Toronto. In 1988 he graduated with an Arts degree in Anthropology. Martin joined the Dalhousie University for his Law degree. In 1997 he graduated with a Law degree from the university. He later embarked to study for a doctorate degree but discontinued the studies.

After graduating from law school, Martin became a public prosecutor. He served in the Crown prosecuting team for a while, until he went into private practice. He started his own firm with his wife. Martin became a civil lawyer representing community matters in court. He also became an advocate for youth empowerment through the equalization of education opportunities.

In his free time, Martin is a motivational speaker and gives legal advice to the community. He always uses his own life story to help the youth focus on changing their lives for the better. He has been invited to many forums as a guest speaker. Martin has spoken to the United Nations delegates in New York. He has addressed the corporate world leaders like the management of General Motors and computer manufacturer IBM. In all the meetings, he uses the opportunity to implore the audience on the need to invest back to the community.

Martin came to the limelight after the acquittal of boxer Rubin Carter. The American Canadian boxer was serving a jail term for three murder convictions. Martin had read a book about Carter and wrote him a letter. The friendship continued as Martin stayed in Canada. When he graduated from law school, Martin revisited the Carter file. He sought financial help from the American boxing fraternity including the Muhammad Ali. In 1965 Carter was sentenced to a lifetime in jail. In February 1983, Martin appealed on his behalf. The retrial commenced. After a court battle, Rubin Carter was released and charges dropped. Martin became an instant celebrity lawyer both in Canada and the USA.

Martin is married to his lawyer wife Cheryl. The couple has two children. The two operate a law firm called Martin and Martin Lawyers. They live in their home in Toronto.

His life has been a constant subject in Hollywood. Several films about his transformational life journey have been released. The most notable was the Hurricane released in 1999. Martin’s role is portrayed by Hollywood star Denzel Washington.

He has been serialized by other print media houses including Reader’s Digest Magazine and the New York Times. Martin has appeared in television host shows like the Oprah Winfrey and Larry King Live.

In Canada, Martin was honored by the YMCA community. He received the YMCA Black Achievers Partner in Excellence Award for his efforts to transform the society.

His life has been a transformational journey. Martin enjoyed a good life as a child until his father lost his job. His elder brother joined the gang life on the New York streets out of despair. Martin made a resolution in his life to stay away of crime.

He got the opportunity in his adoptive country Canada. Even after his success, he still went back to the streets of New York and other inner cities to encourage young people not to lose hope. Today he is a leading lawyer in Canada.