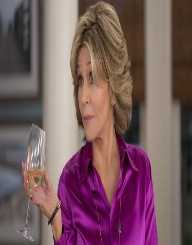 Jane Fonda is an astute American political and social activist, and an award-winning actress. Born on December 21, 1937, she was also a fashion model and a fitness guru. The daughter of actor Henry Fonda, she gained interest in acting in her teenage making a Broadway debut in There was a Little Girl in 1960. The role earned her a nomination for the Tony Award. That same year, she also made her big screen debut in the film Tall Story.

Jane Fonda gained recognition and rose to fame starring in films like Period of Adjustment, Sunday in New York, Barefoot in the Park and Barbarella. The talented actress starred in They Shoot Horses, Don’t They? in 1969, which earned her a nomination for an Academy Award. She will go on to win her first Oscar for Best Actress for the film Klute, 1971 and later for Coming Home in 1978.

Jane Fonda is also a fitness enthusiast releasing her first exercise, Jane Fonda’s Workout in 1982. The video became the highest selling of the time, and she would go on to release 23 workout videos. As an activist, she has been campaigning against violence against women and has taken an entrenched position against wars including advocating against the Vietnam War and Iraq War. Fonda has won several awards including four Golden Globes Awards, two Academy Awards, two BAFTA Awards and a Golden Lion for Lifetime Achievement at the 74th Venice Film Festival.

Jane Fonda was born on December 21, 1937, in New York City to socialite Frances Ford Brokaw and actor Henry Fonda. He was named after Jane Seymour, third wife of Henry VIII. Her younger brother is actor Peter Fonda and has a maternal half-sister Frances de Villers Brokaw. Fonda’s mother committed suicide when she was twelve in 1950, and her father went on to marry socialite, Susan Blanchard. She received education at Greenwich Academy in Greenwich, Connecticut and continued at Emma Willard School in Troy, New York. She later enrolled at Vassar College in Poughkeepsie where she dropped out. She then traveled to Paris to study arts for two years.

Jane Fonda started her professional career as a model and appeared on the cover of Vogue twice. As the daughter of an actor, she gained the passion for the art after joining her father in a charity performance of The Country Girl in 1954. In 1958, she had an encounter with Lee Strasberg, and that had a strong impact on her life with her quest to pursue acting as a career.

Jane Fonda appeared in several stage productions, which became a prelude to her film successful film career. Fonda made a film debut in Tall Story,1960 playing the role of a college cheerleader who had interest in a basketball star played by Anthony Perkins. He followed it with the roles in two films Walk on the Wild Side and Period of Adjustment in 1962. The former won her a Golden Globe for Most Promising Newcomer.

Jane Fonda had an acting breakthrough in the film Cat Ballou in 1965. The film was a success at the box office and earned five Oscar nominations. She also played roles in Any Wednesday, 1966, Barefoot in the Park, 1967, Barbarella, 1968 and They Shoot Horses Don’t They? in 1969. Her performance in the latter won her an Oscar nomination. Her role as a prostitute, Bree Daniel in Klute won her an Academy Award for Best Actress in 1971 and a Golden Globe for Best Actress.

She also ventured into producing fitness videos releasing her first video, Jane Fonda Workout in 1982. The video became very successful commercially selling over one million copies. She would release several other videos, which became a huge success. Along with the videos, she published five workout books and thirteen audio programs.

After her marriage to media mogul Ted Turner in 1991, Jane Fonda decided to retire from the film industry and lasted for more about 14 years. She, however, made a comeback with a role in Monster-in-Law in 2005 starring Jennifer Lopez. It was followed by a role in Georgia Rul, 2007 alongside Lindsay Lohan and Felicity Huffman.

She returned to Broadway to play in 33 Variations in 2009 after a long break since making a Broadway debut in There was a Little Girl in 1960. She since played roles in All Together, 2011, The Butler, 2013, Better Living Through Chemistry; This is Where I Leave You and Grace and Frankie. Jane Fonda has also done some voice works including for a character in The Simpsons. Fonda has been very active in political activism especially against war campaigns like the Vietnam War and the Iraq War. She has also been advocating for women. She has also been involved in several charity works.

Jane Fonda married three times. He first husband was on August 14, 1965, to French film director Roger Vadim at the Dunes Hotel, Las Vegas. They had a daughter Vanessa named after actress Vanessa Redgrave. They divorced in January 1973. Three days after her divorce, she married her second husband activist Tom Hayden. They had a son Troy O’Donovan Garity and adopted a daughter Mary Luana Williams, an African-American. The couple divorced in June 1990.

Her last marriage is to the cable-TV tycoon, Ted Turner on December 21, 1991. They divorced after almost ten years of marriage in May 2001. She dated record producer Ricard Perry from 2009 to 2017. She published an autobiography, My Life So Far in 2005. She also published Prime Time: Love, health, sex, fitness, friendship, spirit – making the most of all of your life in 2011.

The Pentagon honored Jane Fonda with the title "Miss Army Recruiting" in 1962 and won the Women in Film Crystal Award that same year. The United Nations Population Fund made her a Goodwill Ambassador in 1994, Women’s eNews 21 Leaders for the 21st Century in 2004 and an HONORARY Palme d’Or by Cannes Film Festival in 2007. Fonda was inducted into the California Hall of Fame in December 2008. In 2017, he was given the Goldene Kamera lifetime award in 2017.