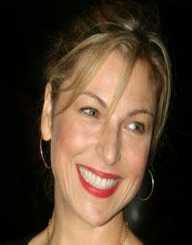 Tatum O’Neal was born on November 5, 1963. She is an American Actress. She is also an author. She is renowned for being the youngest ever person to win the Academic Award which she who at the age of 10 years. She is currently Fifty Four years of age.

Tatum O’Neal was born Tatum Beatrice O’Neal on November 5, 1963, in Los Angeles in California, United States. She was born to Ryan O’Neal and Joanna Moore. She was brought up alongside one sibling. In 1973, she performed in ‘Paper Moon’ film as Addie Loggins. In 1974, she won the Academy Award and Globe Award. In 1974, she appeared in ‘The Bad News’ as Amanda Whurlitzer and in ‘Nickelodeon’ as Alice Forsyte.

In 2004, she featured in the films ‘8 Simple Rules’ as Ms. McKeanna and ‘Law & Order: Criminal Intent’ as Kelly Garnet. She wrote ‘A Paper Life’ which was her autobiography. In 2005, she appeared in ‘Ultimate Film Fanatic’ television film as a Judge. She also appeared in ‘Rescue Me’ television show as Maggie a role she played until 2011.

In 2010, she appeared as Marie Harman in ‘The Runaways’ and as Hayden Emery in ‘Last Will.’ She also performed alongside her father in ‘RuPaul’s Drag Race’ using her name. In 2011, she featured in the television film ‘Ryan and Tatum: The O’Neals’ as Tatum.  She wrote ‘Found: A Daughter’s Journey Home’ which was a collection of her memories. In 2012, she featured in ‘This is 40’ as a realtor. In 2013, she played a role in ‘Mr. Sophistication’ as Kim Waters.

In 1974, Tatum O’Neal won the Academy Award for the Best Supporting Actress category. She also won the Golden Globe Award for New Star of The Year.

In 1986, Tatum O’Neal got married to John McEnroe with whom she has three children. In 1992, they separated due to their differences. In 1994, they divorced. In 2008, she was arrested for buying crack cocaine and charged with Criminal Possession of a controlled substance. She later underwent drug treatment program. She is currently Fifty four years of age.