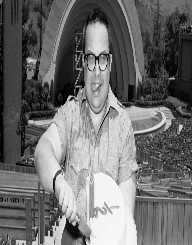 It is always believed that writing is the only art that breathes life into words. But it is also a specialized field that is typically defined by the level of one’s creativity. It can be a satirical or horrific kind of writing. Either way, a writer must use liable tips to quench readers thirst. Enough of blabbering, Allan Sherman hailed as a comedic writer who believed that every character and sign counts. He rose to fame for his humor and waggish satires. He went on to release comical songs including My Son, the Folk Singer that welcomed him to the world of fame. He was one of the few who managed to record his first albums with Warner Bros Records. Read further to know more about his early and later achievements.

Allan Sherman was greatly loved not because of his natural talent but because of his gentility. He perfectly understood what worked for him and in the process; he learned to trust his instincts. At his best Allan developed an attentive personality that gave him a chance to prepare for the best. That is why he was always referred to us as a nonpareil. For this reason, he made sure that his work was done and it was nothing else but the best of the best. As they say; time waits for no man-Allan, was always calm, composed and a convincing comedian. His choice of words influenced tons of people. He loved to meet new friends as well as traveling, but he despised cynical critics. Read along.

It was on 30th, November 1924 that a duo called Rose Sherman and Percy Copelon were blessed with a son in Chicago. He was none other than Allan Sherman who opted to keep his biological mother’s last name. That happened after the loving duos parted ways. His mother served as a great homemaker while his father worked hard as a mechanic. His father battled with obesity till his last days on earth. It was during this time that his family shifted from one place to the next. In the long run, Sherman joined several schools that were located in Los Angeles, New York, Chicago, and Miami. After a short pause, he enrolled at the University of Illinois where he realized his natural talent. He started to participate in countable of comedic clubs that made him be featured in a sitcom column called The Daily Illini. Unfortunately, he was expelled since he used to bring his girlfriend along. As a result, he didn’t manage to celebrate his graduation.

Early in 1951,  Allan Sherman commenced his career as a musical comedian. It was after several months that he released his first satire titled A Satchel and a Seck.He followed it up with another parody titled A Bushel and a Peck. He escorted it with another satirical song called Sam’s Song and Jake’s Song under Jubilee Records. Unfortunately, the songs didn’t receive great acclaims. As a result, he was forced to move to another career. After a short pause, Allan started to produce several game shows such as I’ve Got a Secret that was televised in Bill Todman’s show. It was also channeled on CBS Network before the end of 1952.

In the mid of 1961, Allan produced another game show called Your Surprise Package. The game was aired on several televisions. He then went to showcase his skill at Harpo’s Marx party where a prominent comedian, George Burns jotted his skills. George and Allan became friends where he was later taken to Warner Bros Label. With the help of the said recording team, Allan released a sitcom called My Son, the Folk Singer. It was his one of a kind collection that received positive critics. It was here that he got a seat into the world of fame.

The Jubilee Records launched another album called More Folk Songs that Allan wrote in 1962.It featured singles like A Satchel and a Sack as well as Lee Tully. The singles paved the way for another set of an album called My Son, the Celebrity in 1963.To his shock, he tremendously embraced a second to none pseudonym. The 1963 album was named as the Top 150 Best Selling Songs.

In 1964 Allan released his fourth album titled Allan in Wonderland. Unfortunately, he made a minor mistake where he launched the album the same year when John F. Kennedy died. The whole world mourned the death of a prominent man that they forgot about other people’s releases and projects. It was the same year that he released another sitcom called Boston Pops without having profitable returns.

From 1965 to 1966, Sherman released two albums titled Togetherness, and My name is Allan. But the parodies received conflicting claims, and Warner Bros Records ended his contract. Afterward, he released his memoir in 1973 titled A Gift of Laughter. The same year he published his second book named as “The rape of the Ape.”

Allan Sherman garnered a Grammy Award in 1963.In 1950 he married Dee Chackes with whom he had two children. He suffered from diabetes and obesity. He was then diagnosed with a lung infection that weakened his health. Before celebrating his 49th birthday, he passed on in Hollywood. He was interred at Hillside Memorial Park Cemetery in California.