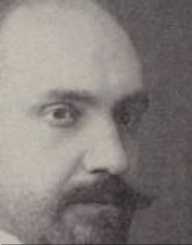 George Santayana was born 16th December 1863, to Agustin Ruiz de Santayana, and Josefina Borras. He was born in Madrid, Spain. His mother, Borras, was formerly married to George Sturgis, a merchant from Boston. He died in 1857, and after several years, in 1861, Borras took her three surviving children, (two had died in infancy), and moved them all to Madrid.

In 1869, Borras moved back to Boston with her three children, as she had given a promise to her first husband, George, that she would bring the children up in the United States.

Santayana was left in Spain with his father. In 1872 they followed the rest of the family to the U.S., but after a short time, Ruiz de Santayana moved back to Spain. He didn’t like the U.S., and Borras’ attitude also left a lot to be desired.

Santayana didn’t see his father for many years, until he was at Harvard College, and spent his summer vacations in Spain. It was during this time that his name was changed from Jorge to George.

Santayana studied at Harvard College and lived on campus. His subjects included philosophy and literature. Santayana graduated from Harvard in 1886, and then studied in Berlin for two years.

After Berlin, George Santayana went back to Harvard and wrote his dissertation on Hermann Lotze.

When George Santayana returned to Harvard, he taught philosophy. He was part of what became known as the ‘Golden Age’ of the philosophy department at Harvard. Some of his students became very successful themselves, including the likes of T.S. Eliot, Robert Frost, and W.E.B. Du Bois. In 1907, Santayana was appointed as a full professor at Harvard.

Santayana returned to his own study in 1896 and 1897, attending King’s College at Cambridge.

Santayana resigned from Harvard in 1912. He had saved his own money, plus received a legacy from his mother, and with the funds he moved to Europe. He spent time over the next few years in Avila, Paris, and Oxford, but he eventually moved to Rome, and remained there the rest of his life.

Over the years, Santayana turned down many lucrative academic offers, choosing instead, to stay in Rome and write. His writing afforded him a comfortable living, particularly when his novel, The Last Puritan, became an unexpected hit.

He published over 27 works between 1894 and 1952. This included multi-volume works such as The Life of Reason, and The Realms of Being.

There were also at least 12 works published posthumously.

His first major philosophical work was The Sense of Beauty, published in 1896.

His other major work was the one and only novel that he wrote, The Last Puritan, published in 1935.

George Santayana scripted many aphorisms, which are still in use today. He is also well-known for his literary works, and also for the major influence he had. Many of his students went on to become world-renowned successes, and many others credit the influence Santayana had on their writing careers.

Even the creator of the Wile E. Coyote and Road Runner cartoons, Chuck Jones, was known to have quoted one of Santayana’s aphorisms to describe his cartoons.