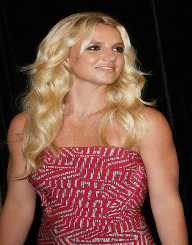 Britney Spears is an American pop star who is best known for her hit songs, Baby One More Time and Oops…. I Did it Again.

Spears was born in McComb, Mississippi on 2 December 1981. Spears received dance lessons from the age of three and also received singing lessons from a young age. From an early age, Spears was pushed towards performance, and her family moved to New York when it was advised that Spears attend the Professional Performing Arts School there. Spears’ first professional casting was as an understudy in the musical Ruthless!. Spears was cast in The Mickey Mouse Club in 1992. The Mickey Mouse Club featured other future stars such as Ryan Gosling, Christina Aguilera, and Justin Timberlake. The show was canceled in 1996 and efforts were made by Spears’ mother, Lynne Bridges, to get her into singing. Initial demos were rebuffed by record labels as they were only interested in pop groups. After much persistence, Spears was brought in to work with Jive Records, and her career as a pop star began.

Britney Spears exploded onto the pop scene and reached number one with her debut single, Baby One More Time. Spears achieved worldwide success as the album reached number one in fifteen countries and was certified platinum in some countries. The album, of the same name, also reached number one and went multi-platinum. The third single from the album, You Drive Me Crazy, also reached the top ten in the charts across the globe. The videos and shoots for Spears’ music courted controversy as she posed in racy costumes despite her age. Her second album, Oops!... I Did It Again, debuted at number one and sold more than twenty-four million albums worldwide. The title track reached number nine in America but topped the charts across Europe.

Spears continued to go from strength to strength as her third album, Britney, reached number one in America and the top five in multiple European countries. Spears made her acting debut in Crossroads, and her performance received good reviews, and the film performed well at the box office. 2003, saw Spears court controversy again as she and Christina Aguilera both kissed Madonna on stage at the MTV Music Awards. Soon after Spears released her fourth album, In the Zone, on which she wrote and produced most of the material. It reached number one in America and sold ten million copies worldwide. The album also featured the hits, Toxic, and My Prerogative.

Spears’ next album, Britney Jean, only reached number four in America and had limited success across the globe. 2016 saw the release of Spears’ most recent album, Glory. The album reached number three in America and broke into the top ten across Europe. As well as her singing Spears has made some guest appearances on TV shows. Spears’ appearance on How I Met Your Mother, was the highest rated episode in the shows run. Spears also appeared on Will and Grace, Glee and Jane the Virgin.

Spears is the youngest artist to have five albums debut at number one. Spears has sold over a hundred million records worldwide. She is amongst the top selling female artists of all time. In 2005, Spears won a Grammy for Best Dance Recording for Toxic.

Britney Spears has had lived much of her personal life in the media spotlight. In 2000, she admitted that she was dating NSYNC* member Justin Timberlake. The pair had a very public break up and Timberlake’s 2002 hit, Cry My River, was aimed at Spears. Spears married a long-time friend, Jason Alexander; the marriage lasted fifty-five hours before being annulled. Later that year Spears married Kevin Federline. Together Spears and Federline have to children, Sean Preston and Jayden James. The couple divorced in 2006. Following the end of her marriage, Spears suffered a very public breakdown. She was repeatedly checked into rehab for drug addiction and lost custody of her children. Spears shaved her head and was ultimately institutionalized for mental health problems and placed under the custody of her father in 2007. Spears is the older sister of actress Jamie Lynn Spears.

Britney Spears launched a fragrance with Elizabeth Arden in 2004. Curious, Spears fragrance, broke Elizabeth Arden’s first-week sales record. Spears has released twenty different fragrances to date and is the best selling celebrity by fragrance in the world. Spears also has a clothing line.

Britney Spears has raised and donated money to numerous causes. She donated money to the victims of 9/11. She was also part of the Bono led the effort to raise money to tackle the AIDS epidemic in Africa. Spears raised over half a million dollars for relief efforts following Hurricane Katrina in 2005. A solar from every ticket sold to Spears’ Las Vegas shows go towards the Nevada Childhood Cancer Foundation.