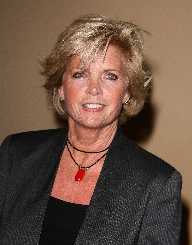 Meredith Baxter was born on June 21, 1947, in California, USA. Her parents are Whitney Blake and Tom Baxter. Sadly, her parents divorced when she was a child. Her mother later remarried to Jack Fields.

As a teenager, Meredith Baxter attended Hollywood High School. It was there that she joined the drama club and began honing her acting skills.

After finishing her education, Meredith Baxter began her acting career. Things moved along slowly at first. It was her step-father, Jack Fields, who helped her to get some of her first acting jobs. She started off small by playing guest roles on television shows. She was on various slows like The Inters and The Partridge Family before she finally earned her first movie role in the 1972 film, Ben. This was a small role, but it did help to kick off her career.

In 1972, Meredith Baxter earned her first major role in a television show. She played Bridget Fitzgerald Steinberg on the show Bridget Loves Bernie. She continued to work on this show until the series ended in 1973.  She then went back to working as guest characters on television shows and made-for-television movies throughout the early 1970’s.

In 1976, Meredith Baxter earned another big television role. She played Nancy Lawrence Maitland on Family. She acted in this role for sixty episodes, until 1980. This show helped to make her more popular with television crowds. In fact, while she was working on this show, she also had roles on The Love Boat (1977- 1982) and Beulah Land (1980).

Meredith Baxter got her most famous television role in 1982 when she earned the role of Elyse Keaton on Family Ties. She had a successful run on this show as a loving mother. Her cheerful personality resonated with viewers around the country. This show was much more successful than her other shows. All in all, she appeared on 171 episodes of the show from 1982 until the show’s end in 1989. While working on this show, she also had roles in several made-for-television movies, like Take Your Best Shot and The Long Journey Home.

Meredith Baxter did not work on another television show as a main character until 1996. In the meantime, she continued to work on made-for-television movies. Some of the movies she worked on included For the Love of Aaron, One More Mountain, and Betrayed: A Story of Three Women. When she did return to television, she played Flynn Sullivan on The Faculty for one season.

After The Faculty, Meredith Baxter did not have a main role on a television show again until 2006. During this ten year break, Baxter continued to act in made-for-television movies and as guest characters in television shows. Some of the things she acted on were Half & Half, The Closer, and Brothers & Sister. When she did have a repeat role again, she played Ellen Rush on Cold Case.

After Cold Case, Meredith Baxter had more small roles in shows and made-for-television movies. She worked on We Have to Stop Now, Airline Disaster, and she even had several voice roles on the animated show, Family Guy. The new show she appeared on was Dan Vs. One this show, she played Elise Sr. She worked on this show from 2011 to 2013.

In 2014, she jumped into a new repeat character role as Maureen Russell on the hit soap opera, The Young and the Restless. She did this for one year. Later on, in 2014, she went on to play Gammy on Finding Carter. She did this from 2014 to 2015. As of 2017, Baxter continues to act in small roles in television and made-for-television movies.

Outside of Acting, Meredith Baxter has her line of skincare and makeup products called Baxter SImple Works. The proceeds of her sales go to fund breast cancer research.

Meredith Baxter has written one autobiography about her life as an actress, wife, and mother. This book was published in 2011. It is called United: A Memoir of Family, Fame, and Floundering.